The local beer industry might have started to open up a little since Beer Swag Day was launched as part of the #keepinglocalalive campaign, but the road ahead remains rough and the recovery for the beer community we know and love will be long.

So thanks to everyone who's already jumped on board ahead of the big day on Saturday (May 23), whether that's those who've picked up some new swag with their latest purchase from their local brewery, bar, pub or bottleshop, or all the businesses and beer lovers who've given the event a shout out. And, of course, all of you who've come to the party and put up prizes for the day.

Inspired by triple j's Ausmusic T-shirt Day, the team behind #keepinglocalalive – the campaign that launched in March ahead of the nationwide shutdown – came up with Beer Swag Day as a new way for beer fans to get behind their favourite local beer businesses.

After all, there's plenty of fun ways to show your love for your local beyond buying their beers or heading in for a feed or to catch up with mates: t-shirts and hoodies; trucker caps and beanies; stubby holders and bottle openers; glassware and growlers; the list goes on.

The concept is simple: invest in something new from your favourite local breweries, bars, pubs and bottleshops and show it off online on May 23. Or, if times are tight, pull out your favourite existing merch on the day instead.

As well as putting some money in strained coffers at this challenging time and showing some much-needed love to struggling businesses, anyone taking part could win some sweet prizes too. There are state and territory-based prizes as well as a grand prize featuring an actual camping swag stuffed with beer and beer swag PLUS (news just in!) a year of beer from the legends at Fury & Son. (See full breakdown below)

"When we first got into this game, everyone in the industry was incredibly helpful and loving and wanted to be there for us," Fury & Son co-owner Andrew Georgiou says of their decision to contribute so heartily to the prize pool.

"Everyone wanted to do the right thing by the new kids on the block and helped get us up on our feet. Now that everyone is hurting, I wanted to reciprocate. It's our way of saying thank you to an industry that welcomed us with open arms."

To take part in the day – and be in with a chance of winning the epic prizes, it's easy: SHOW US YOUR SWAG!

A team of judges from the campaign team and the wider beer world will then select their favourite from each state and territory, who will receive a prize on the day (see below) before they go head to head in a public vote to win the swag full of swag and the year of beer.

We'll be looking for the biggest hauls, the most creative posts, the most amazing pieces of vintage clobber, the posts that make us laugh – whatever it takes to impress the team of #keepinglocalalive judges. Here's what The Crafty Pint's founder James Smith put together, while Jessie Jungalwalla of Craft Instinct, who came up with all the artwork for the campaign, filmed this.

Above all, however, it's about having some fun and showing support for our amazing local beer community in what remains an uncertain time, one in which the challenges of social distancing, restrictions on capacity, and the end of JobKeeper later in the year will continue to create incredibly tough conditions for months to come.

The Swag Of Swag!

There will be one winner of the ultimate prize: the camping swag (pictured at top) stuffed with beer and beer swag – and now including a dozen cases of Fury & Son Long Hot Days to be sent to the winner over the course of a year. Human not included.

Due to regulations in the NT, we can't include alcohol as part of the prize there. You can view the competition rules here.

Aside from that, businesses have been coming up with their own ways of getting behind the day. For example, Young Henrys are including a beanie with every case purchase made from their online store in the lead up, District Bottle Store in Moonee Ponds is giving away beanies and hosting a live stream on the day, Quakers Hat are giving away a mixed case of beer and a cool bag via Instagram on the day and so on.

Hopefully, this will become an annual way of getting behind the local beer industry. Who knows, with 12 months to plan, maybe we'll even have some Crafty Pint swag to promote...

Thanks to Lallemand Brewing for their support with the Keeping Local Alive campaign and Short Batch for their help getting the campaign t-shirts printed and delivered in time for the day! 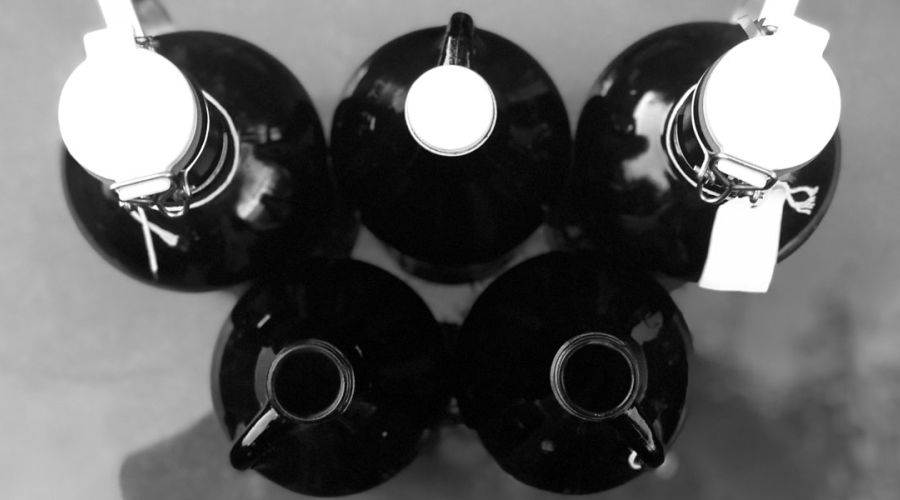