In the days either side of the nationwide venue shutdown on March 23, two standout features of the beer world's response were the speed at which businesses adapted and the rise in demand for growlers. A few months on, and with Melbourne back in an even stricter lockdown, a new family-run venture has launched that brings both together.

Brand Hustle in itself isn't anything particularly new: it's a merchandise company with an initial focus on the booze and hospo industries launched by a couple with deep roots in the beer and events world. But the aim is to help fill a gap in the market the founders noticed as the pandemic took hold.

"With the COVID lockdown, a lot of smaller venues wanted growlers and wanted them in small quantities so they could see how they worked out and wouldn't be stuck with a lot of stock they didn't need," Brand Hustle founder Liss Shirtcliffe says.

"There's a lot of little venues that just need to get through and can't hold that many growlers."

The minimum order required by the company she was working for at the time was greater than many of the businesses she was dealing with wanted - or could afford due to their sudden loss of income. So, when the supply of growlers dried up soon afterwards, Liss, who worked in events and admin for the Melbourne-based brewing company co-founded by her husband Heath Shirtcliffe prior to moving into merchandise, started looking for another solution.

"At the start of the shutdown my sales dried up instantly and then, within a couple of weeks, it was amazing to watch the transformation of pubs and bars just jumping on board [with takeaway] so quickly," she says. "I was so proud of them in a way.

"It got into my head that if this is going to keep happening we need to keep helping people out and not leave them high and dry."

She started putting out feelers for suppliers, found a few she was happy with locally and offshore, imported a couple of pallets and told the owners of a few small venues they could buy as few as 24 at a time.

Since then, she's worked with the likes of The Palace in South Melbourne, The Retreat in Abbotsford, Audacious Monk Cellars in Preston and Concrete Boots in Richmond and, while the main focus is on growlers for now, Liss has started talking to businesses in the construction industry about branded workwear and PPE. Heath is also hopeful that, over time, there will be a way to tie his work in signage and sign-writing together with Brand Hustle as the hospitality industry starts to reopen.

"It's not a great time to be starting a business," Liss admits, "but I'd rather be totally broke trying to help our mates. We've got friends at these little bars and venues and feel for them so much.

"Without COVID-19 we wouldn't be doing this, but for a lot of businesses now it's a case of sink or swim."

You can get in touch with Brand Hustle here.

#keepinglocalive postcards from the edge 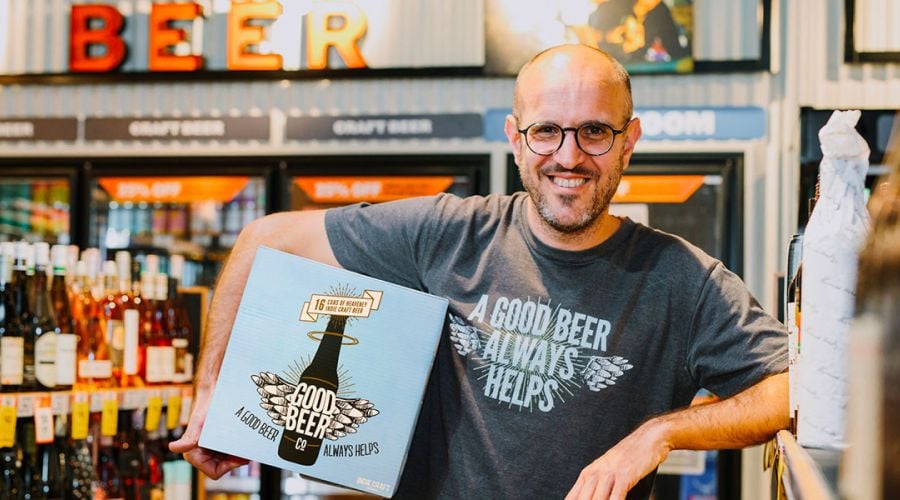