After months of delays caused by COVID-19, the doors of the new Atomic Beer Project brewery and venue are set to be open in the Sydney suburb of Redfern.

Plans for the Inner West venue were first announced early in 2019, with the venue originally expected to be completed in early 2020. But 2020 laughed at these plans – while the build was drawing to completion at the beginning of the year, COVID-19 was approaching like an ominous dark cloud on the horizon, and the ensuing restrictions and general atmosphere of caution threatened to create a hostile environment for a new venue.

As such, Good Drinks, the beverage group created by Gage Roads within which Atomic sits, decided it wasn't the right time to open the doors to the brewery.

“We were ready to open it pretty much in April, but we didn't want people going in and having a cruddy experience,” says Aaron Heary, chief strategy officer at Good Drinks.

In the months since, the Good Drinks team – the majority of whom were watching on from Western Australia – have been gauging when the time was right to open.

“We probably could've opened earlier, but especially with Victoria going back into lockdown, and the concern about whether or not that might jump across into New South Wales, we didn't want to be in a position where we would hire a whole bunch of people, put them all on, buy a whole lot of ingredients for the kitchen and all that stuff, and then be forced to close again," Aaron says.

While current restrictions mean the venue will only be able to operate at around half capacity from its opening on Thursday (Sept 24), the team there is still keen to “get brewing, get talking to people, start collaborating with the community – not just with brewers, but the other businesses that are there."

As the first hospitality venue created by Good Drinks (they acquired Matso's, who operate a long-running brewpub in Broome), Atomic Beer Project on Regent Street was designed to be “next level of fitout and sophistication."

“We wanted to do things just a little bit differently to the standard bar with a brewery in the corner, serving burgers and pizza,” Aaron says.

In turning the old warehouse into a schmick venue, they approached the architecture and design with a carton of beer in mind: sturdy and practical; clean branding on the exterior; the interior walls, like raw cardboard, left untouched with exposed brick and concrete still bearing the builders' original spray paint markings. And, just like the artistically packaged six-packs inside a carton, the contents of the venue are the main eye-catchers: bright coloured hanging lights; the striking Angry-Bird-red unisex bathroom; and the pièce de résistance – a 12-metre long bar top made of vivid hop-green enamel, which draws the eye to the brewery and the beer itself.

Of the eight different beers available on tap at any given time, three will be Atomic's core range beers – Pale Ale, IPA and XPA – while the remaining five will be limited releases conceived by head brewer Nick Ivey. Upon opening, the range includes a Belgian saison late hopped with Cashmere, a single hop hazy pale ale showcasing the many facets of experimental hop HBC 692, and Atomic's more widely released CRYO Red Alert.

"I'm crazy about Cryo hops," says Nick. "I love the influence they have on beer."

But while some brewers are using Cryo hops to boost flavours to intense levels, Nick appreciates them largely for the clean way they bring the hop character to the beer.

“I want to showcase great hoppy flavours, but I always want them to still be balanced and sessionable," he says, "because that's the way I like to enjoy beer.”

To accompany the beer, which is poured straight from the bright beer tanks looming behind the bar, a full kitchen will produce spicy Asian food, a cuisine chosen to complement Atomic's hop-forward range. And, like the towering brewhouse, the “two amazing wok burners” in the kitchen add a visual element to the space.

“If you look up here while they're cooking and the flames are roaring, you look straight up and get to see that," Nick says. "Adds a bit of theatre to the whole hospitality experience. "

Add to the mix coffee from 7am, a co-working space, and an array of wines and local craft spirits, and it's clear the Atomic venue has been set up to appeal to people of all kinds – which is what the brand is all about.

“We don't really set out going, 'this is our target market',” Aaron says. “It just sort of occurs a bit more organic than that.

When asked if there were possibilities of collaboration brews with other Sydney breweries, Aaron was enthusiastic.

“Definitely. If there's anyone out there that wants to collab, get in touch with Nick. That's definitely on the cards.

“We haven't done a lot [of collabs] with Gage. But I think Atomic's a little bit different."

WHAT'S NEXT FOR GOOD DRINKS?

While the focus right now is on getting Atomic open and running smoothly, and on building Gage Roads' new brewery and venue in Fremantle, the Good Drinks team is keeping one eye on the horizon – particularly on the East Coast.

“As we bring on more brewpubs, there's going to be more production over there,” Aaron says. “At some point we may build a larger brewery over that way, but we just have to let demand sort that one out, when that might be.

“We're looking up in Queensland and down in Victoria as well. The next venue will probably be in one of those two states."

While Good Drinks, who also signed a deal to start importing and distributing San Miguel in Australia earlier this year, have insisted they “definitely don't want to have 20 or 30 venues,” they're open about the fact they would like to eventually have a venue for each of their brands.

“I think what every brewery needs is a home. A spiritual home. Redfern will become the Atomic Beer Project's spiritual home," Aaron says.

“So we might end up with three or four … or maybe five.

Atomic Beer Project is at 158 Regent Street, Redfern. You can find it and hundreds of other good beer venues in the free Crafty Pint app. 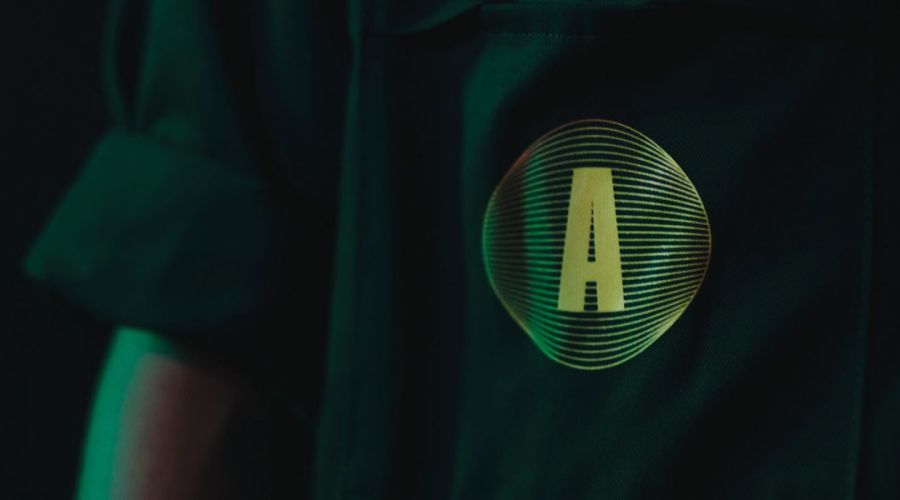 Gage Roads has revealed details of a new venture, with Atomic, its American style pale ale, evolving into a new brand focused on hop forward beers, the Atomic Beer Project. read on