Look, it wouldn't have been 2020 if we'd managed to get all of our state and territory Year In Beer features published in a timely manner, would it? With COVID-19 keeping one last round of disruptions up its sleeve for the holiday period, and ACT residents among those finding themselves caught up in the rapidly-changing restrictions, the eighth of eight pieces in the jigsaw has taken a little longer to complete. But better late than never, no?

Head back to the start of 2020 in Canberra and it wasn't just bushfires troubling residents before the pandemic hit either. No, they also had the not insignificant matter of a hailstorm that damaged 44,500 vehicles as it made its way over the region.

When bushfires did arrive, the smoke was so severe the team at BentSpoke was among those forced to close as they were unable to see punters inside their Braddon brewpub. Then, of course, they closed along with everyone else from March 23.

The impact of the pandemic saw some bars, cafés and restaurants fall by the wayside as others found new ways to remain open, and a few entered hibernation. The Canberra Craft Beer & Cider Festival was one of many major events to fall foul of COVID-19 too, although is set to bounce back in the coming weeks. Yet, by the time 2021 arrived, there were already new openings, something BentSpoke co-founder Richard Watkins believes will help keep quality high in the hospitality sector.

For the city's two biggest brewing companies – BentSpoke and Capital – the experience of 2020 shared common traits: the need to pivot to takeaway and more packaged beers once their popular venues closed, a return to close-to-2019 business at their venues once restrictions eased to one person per two square metres in December, and all the while selling more beer and planning further expansions.

Having tapped 38 new, never-released-before beers at their brewpub in 2020, Richard says BentSpoke are approaching the new year with a new, bigger, faster packaging line in their sights, but with a sense of caution too.

"We've got to be careful," he says, with the brewery conscious of committing as wholeheartedly to as many beer events as in past years. "[The industry] will have to be able to activate really quickly, knocking out festivals in a month, as things can change very quickly."

He says they've got two themes guiding their approach to these uncertain times: "Fewer is better, and slow down to win."

At Capital, managing director Tom Hertel says balancing the risk of operating in such uncertain business conditions with their desire to continue focusing on who they are remains a challenge as long as COVID sticks around.

“We need to be cautious but also we need to manage our own strategy and continue making sure our marketing and sales strategies are getting the attention they need as well,” he told The Crafty Pint.

“Finding that right balance is something we’re very focused on and that will determine our success coming through this in a big way.”

Tom says they remain committed to finding new ways to connect with their community and making sure their team remains excited and challenged.

“We want to get through this with all our people and maintain that same business strategy we’ve always had so all of our crew have the same business they’ve always worked for on the other side of this,” he says, adding that, in 2020, support for local breweries – from drinkers, retailers and venues – was at an all time high. Although we’re only in the first few weeks of 2021, he says that doesn’t appear to be diminishing.

“Local beer was really a part of it and drove a real sense of community; people drinking more local beer in their area,” Tom says, echoing Richard's optimism for hospitality locally.

“We’ve seen a lot of tap positioning to get the local beer out there and [hospitality is] obviously going through a really hard time," he says, "but they’re trying to do whatever they can to connect to the community around them.”

So, on to the best beers, breakthroughs and highlights, with particular thanks to Mat Farrington of CanBEERra for his input; you can check out his list of notable happenings from the world of beer in ACT and surrounding regions here.

The ACT's big-hitters put out big-hitting imperial stouts in quick succession mid-2020: BentSpoke's delicious bourbon barrel-aged anniversary release Descent 20 and Capital's First Tracks. The latter offered a nod to the brewery's first ever seasonal release, this time working with ONA Coffee Roasters to double the espresso and booze to create something we said was "a story worth telling; a beer worth savouring."  Crafty Cabal Member offer at Capital Brewing Co: The Warmest of Welcomes at Capital Brewing

Flemm might have been new to BentSpoke but the beer had been around on occasion in some form for 15 years after Richard Watkins first created a Flanders style, barrel-aged and blended sour red at the Wig & Pen. There have been local expressions of such beers with greater intensity in recent years than this 5 percenter, but that made Flemm something of an approachable entry point for people eager to explore this fascinating realm within the wider beer world.  Crafty Cabal Member offer at BentSpoke Brewing Co: 10% Off BentSpoke Beers

One of the big stories of 2020 was the rise in popularity – and number – of alcohol-free beer options. Of the new arrivals, the Quiet XPA from Heaps Normal garnered as much attention and acclaim as any. You can read more about the origins and aims of the new brewing company here.

According to Mat, it wasn't the only new core range XPA to make waves in 2020 amid a sea of limited releases. Capital's XPA launched in the second half of the year and has become a favourite for many already.

Among those also impressing palates and causing excited chatter among ACT's more knowledgeable beer drinkers were the following:

Located at the back of The Pot Belly in Belconnen, 2020 wasn’t the first time Wignall Brewery appeared in Canberra’s craft beer scene but, as with many others, it was a year of change. Unlike many, however, it was less a case of pivoting, more a rebirth.

The brewery launched in 2017 with Paul Main and Darren Blackhurst (above left) brewing beer in their mate Govinder’s (above right) venue. Licensing issues meant the brewing side of Pot Belly eased well before COVID saw the venue close; but, right at the end of 2020, Wignall fired up again to the delight of their fans.

There’s been a few changes happening behind the scenes too, with Paul no longer involved and Darren saying he and Gov spent a lot of time in 2020 improving their small system as other changes were made at the venue.

“We got some new fermenters in and a glycol chiller to give us a bit more control than we had before,” he says.

The Wignall crew are excited to see people enjoying their beers again and, while they’ll be brewing a lot more over the next 12 months, they don’t have grand plans to take over the world. The brewery is truly a micro affair: 250 litres brewed at a time on a system that was once part of Jindabyne Brewing. Darren says they'd like to be getting a few more kegs out at a time but, beyond that, their focus is on creating fun and quality beer for locals.

Whether it was venues switching to growler fills, click-and-collect or delivery – Debacle reinventing itself as a growler and tinnie bottlo; Capital going big with Crowlers and deliveries, for example – or breweries moving online in order to maintain a relationship with their fans, most notably BentSpoke's Bent Brewers Live series on Facebook, the beer community in ACT adapted fast to stay alive in 2020.

This We Are CBR piece on the Old Canberra Inn captures the essence of the innovation required to survive.

For all the challenges of the past year, it ended with a Capital Brewing bar at the airport and that brewery and BentSpoke pouring beers at their own bars at the Manuka Oval. Promising signs of small brewers ability to push beyond the fringes.

You can read our article on the airport bar here and the cricket announcement here.

Thanks again to Mat for his significant assistance with this article in a year in which none of the Crafty team members from Victoria or NSW were able to make it to the capital.

You can read our look back at 2020 from a national perspective here, and check out the rest of the state and territory features here. 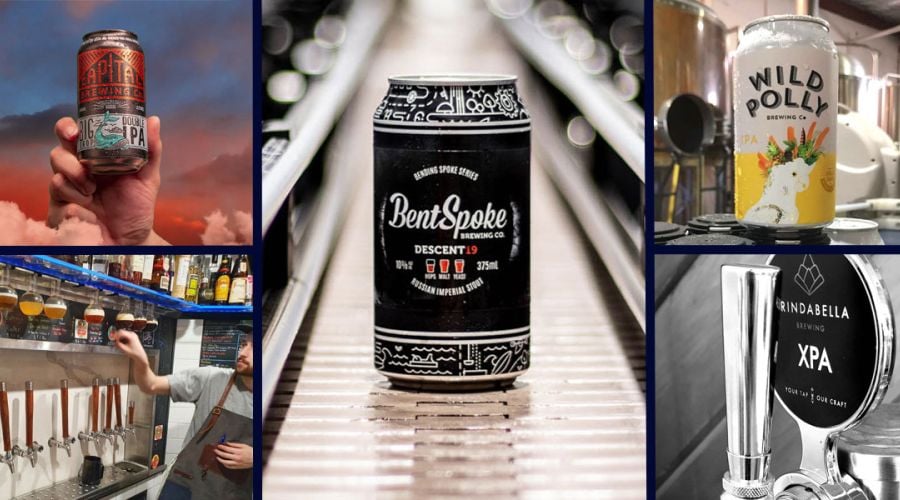 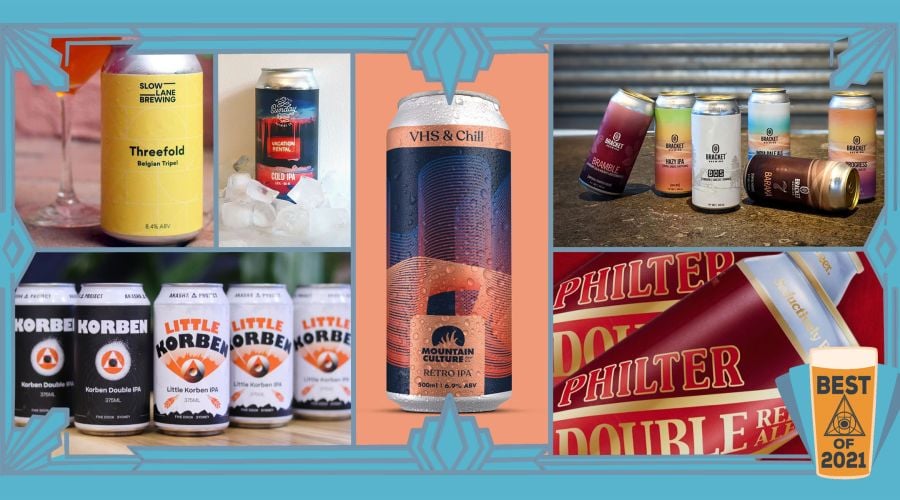