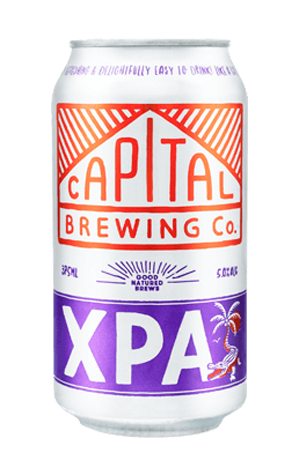 Sure, they've gone big at times – literally in the case of the Big Drop IIPA – but if you were to summarise the approach Capital take when it comes to the beers they release in cans, considered and easy-going for style wouldn't be far off the mark. And when it comes to a contemporary Aussie beer style that brewers typically aim to deliver in a considered and easy-going manner, XPA is up there.

So, is the XPA now found as part of the Canberra brewery's core range a Capital kind of beer? If anything, theirs is one of the more florid on the market, presumably the result of the brewers going late and hard with the Mosaic, Azzaca and Amarillo hops. I was met by a floral, almost herbaceous, citrus blossom bergamot thing at first before a mix of citrus fruits and flashes of blueberries took control. It's all delivered with a lightness of touch, however, and hits the sweet spot in the collective Aussie craft beer palate right now.