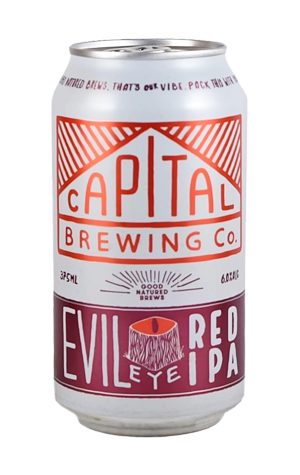 Evil Eye is a red IPA which takes its named from an old tattooed tree stump just outside Canberra, which the Coombes brothers used to pass as children on their way to family outings. The beer also started out as Capital Brewing’s first seasonal but soon became a mainstay available throughout the year.

Initially, designed with autumn in mind, this murky, rusty amber beer is loaded with a mixture of American and New Zealand hops, and pushes out fruity aromas of lychee, citrus, some spice and pine thanks to generous dry-hopping. It's a full bodied beer that packs plenty into every glass, with a slightly cloying, sticky, resinous sweetness kept in check by its underlying bitterness.