Valhalla Brewing are set to have a brewery of their own from next year, after owner Scott Hunt signed a lease on a site in North Geelong’s Federal Woollen Mills precinct. The news follows a considerable search by the founder of the brewing company that first released beers back in 2016.

“We’ve really been looking since we started operating,” he told The Crafty Pint. “But we came up against several brick walls, first in Torquay and then in Geelong. But this is a great opportunity so all these things happen for a reason.”

The historic woollen mills opened in 1915 and played an important role in Geelong’s economy for much of the 20th century. Since closing in 2001, the site has been developed to become an economic hub: it's now home to more than 50 businesses and organisations, including hospitality outfits like Anther Distilling and the restaurant 1915.

“We’re really excited to be about the hospitality side of it,” Scott says as he aims to welcome guests in March 2023.

The new brewery will be the second home for Valhalla in Geelong: the Valhalla Brewing & Taproom in Geelong’s CBD opened towards the end of 2018, serving both Valhalla beers and those from brewing companies signed to Scott's distribution company Lotus.

Like the beers and wider brand, the taproom pays homage to the merriment of Viking lore and Scott has no plans to close it or change it too much when their brewery taproom opens.

“We might focus a bit more on rotating taps, but it’s a great space in the heart of Geelong CBD and has a really loyal following,” Scott says.

When the new site is up and running, the 200-seat venue will have a similar vibe to his home in the CBD, but larger and making a show of the brewery's stainless.

“We still want to have that intimate environment within that more industrial space,” is how Scott puts it.

The brewhouse will be a 15-hectolitre system and gives them far more flexibility than they’ve had to date, meaning not just the ability to make more beer but also to increase their focus on limited releases.

“If we didn’t have the retail space, I don’t think we would have survived this long,” he says of his six years running a brewing company without a brewery. “The gypsy brewing model purely for wholesale is really tough; it’s OK but really has its challenges.

“But having our own taproom has been super important so we have those margins, but also to be able to really showcase our beers.”

Another factor that helped Valhalla survive this long without a home was their success at the 2021 Australian International Beer Awards, where they were named Champion Australian Gypsy Brewer.

“It was definitely a nice surprise, and it certainly gave us a bit of credibility," he says. "But we have been at it for six-and-a-half-years and have been building a following.”

And now, at last, he can start building a brewery too.

You can find Valhalla's Geelong CBD taproom and hundreds of other good beer venues on our free Crafty Pint app. Once it's open, we'll include their Federal Woollen Mills home too. 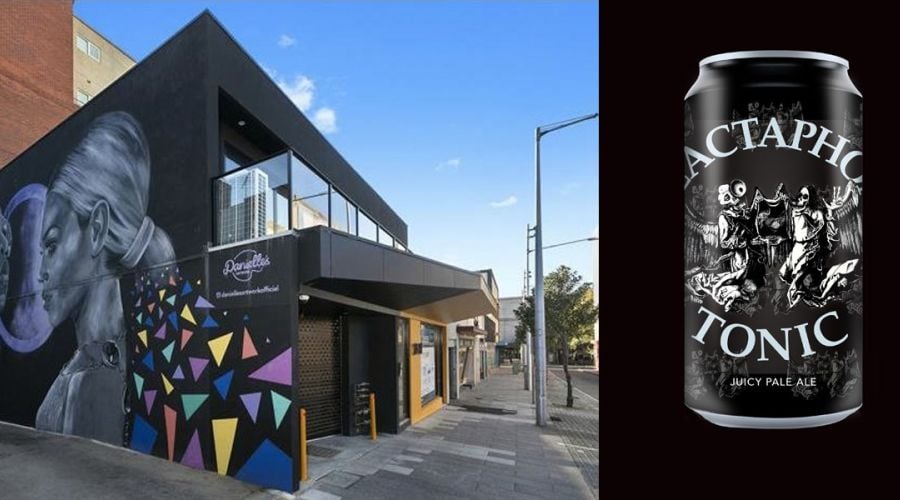