Take a good look at pretty much any platform covering the beer world – online magazines like The Crafty Pint, print publications, social media, podcasts and so on – and it doesn't take long to realise most of the focus is on beer and the breweries making it.

It's understandable; the clue's even there in the name: "beer" world. Yet the vast majority of beer is put into drinkers' hands by staff at the country's thousands of bars, pubs, bottleshops and other retailers. It's a vital role, not least as the best of them will ensure the beers you buy are in good condition, are the sort of beer you're going to like, and, in some cases, they'll deepen your knowledge of beer and turn you onto new styles or breweries too.

Which brings us to The Beer Slingers: a new series in which we'll feature people performing that crucial role of bringing good beer – and beer education – to their customers. Enjoy!

And if you know of a beer slinger – a venue owner, bartender, the legend at your local bottlo – you think we should feature, shoot us an email to let us know.

Bobbie Peels has stood on its corner of North Melbourne for more than 150 years. But like so many of the city’s historic pubs, it’s taken on a number of guises.

If you walked into 351 Queensberry Street a century ago, you'd have been welcomed by the same name that sits on the façade today: Sir Robert Peel Hotel. Yet a decade ago you would have found yourself in an Eastern European-themed gastropub called The Crimean, a concept that might struggle to find a crowd in the current global climate.

Over the past few years, the historic boozer has gone by the more colloquial name Bobbie Peels, and has been known, among other things, for its solid list of craft beer on tap. Even more recently, new owners have been revamping the pub – and the pair aren’t exactly new to craft beer either.

Phil Gijsbers and Neil Mills took hold of the keys earlier in 2022, having previously worked together to launch Burnley Brewing five years prior. Prior to that, they'd run cafés together and been involved in multiple hospo businesses since they were at uni so, after leaving the Melbourne brewery during the pandemic, they were eager to find a new joint venture.

“We did look at a bunch of different businesses,” Phil says. “We have always looked at pubs, but we’d looked at starting another brewery and then we saw Bobbie Peels and went, 'This is it!’

“We were looking for somewhere that had had some work done to it recently, because some of the old pubs in Melbourne are really desolate, with walls falling down, and are pretty much destroyed.”

Initially, they ran Bobbie Peels as it was when it changed hands, before closing for renovations during winter. The process saw the pub stripped of much of the Eastern European decor – although some hints of that period remain – and let the pub’s ornate roof, vintage lighting, cosy nooks, and old-boozer ambience shine.

One thing they didn’t change was the lineup of eight taps on the bar; the plan was to focus on supporting independent craft beer, which meant the un-contracted nature of Bobbie Peels' taps held great appeal.

“With a lot of pubs, you turn up and they've got preexisting contracts, where one beer company actually owns the hardware,” Phil says.

“The beer system that the previous owners put in here is great. The beer lines are all brand new – there’s a full cool room set up in the cellar – so all the beer is kept cold from delivery, which is just excellent.”

“One thing we did is get rid of a lot of student pricing,” Phil says. “There are a there are a lot of pubs around here that cater for the cheap parma and that kind of thing.

“That discounted and endless race to the bottom does just put a strain on the produce. We can't be serving really good quality craft beers made by craftspeople for six bucks a pint – that equation doesn’t add up.”

Having said that, while cheap pints and trivia are a thing of the past for Bobbie Peels, they’ve quickly found a following among the many who call the area home. Although technically in North Melbourne, the corner of Queensberry and Peel Streets is one of those spots where you can never tell if you’re actually still in the CBD; being a stone’s throw from Melbourne Uni and the Royal Melbourne doesn't hurt either.

“We still do get students and academics,” Phil says. “The hospital is right there, so we get people in their scrubs coming in after work, plus teachers from the nearby school and residents.

“We've been pretty impressed with the cross section of people. So we'll have older people who are crazy into their wines sitting next to a bunch of young people tasting their way through the beers. Then it’s a lot of young families or people on dates.”

As they look forward to the first summer for the Sir Robert Peel Hotel in its latest guise, we invited Phil and Neil to join us for the inaugural story in our new series, The Beer Slingers.

What are your backgrounds?

Mostly hospitality operations with a bit of brewing and distilling in Neil’s case and coffee roasting in the case of Phil.

Brewing and tasting beers in high school really. It all kind of stems from there.

What inspired you to open your venue?

We love the space and the potential of the site and the location. Un-contracted taps and a well-regarded beer focus was huge drawcard.

What’s the story behind the name of the venue?

Bobbie Peels comes from Sir Robert Peel, which was also the original name of the pub. He was a Prime Minister in the UK and the founder of "modern" policing, which is the reason police are sometimes called "Bobbies".

How would you describe the vibe of your venue?

It’s relaxed but celebrates the pub’s old more ornate features. An old corner pub building that has been fixed up for modern Melbourne hospitality.

Is there anything you’ve learned along the way you wish you’d known earlier?

Hospitality at the moment is harder than it has been. Staffing challenges are interesting, as most would agree, and the rising cost of ingredients makes things hard too.

Have there been any standout moments in your time as a venue owner?

This new venture is pretty standout we think. It brings together a lot of what we’ve learned over the years and is a really exciting project. I suppose we’ve both wanted to own a pub for a long time!

What local breweries are impressing you most right now?

Possibly too many to note. But Mountain Culture are doing great things with really outstanding beers that are well regarded by our customers. Akasha have impressed with a couple of their beers, as have CoConspirators and Molly Rose. We feel Deeds needs a mention for their consistency and reliability, which can be underrated strengths.

How did you go about deciding your tap offering?

We look for balance across the lineup. The offering changes every week and we need to make sure that we are equally interesting for those looking for something easy-drinking, dark, light, sour, hoppy etc. It’s a fair balancing act.

You’ve got three beers to turn a newcomer onto craft beer: what are they and why?

One would be a sour. They’re great to talk about, they’re slightly challenging but can be a really enjoyable drink for a non-craft beer drinker.

Pilsners are clean and crisp. A well made one would surprise rusted on old school lager drinkers that it’s considered a craft beer.

Third might be a dry stout. The Mill had one recently that sold well; it was well balanced with a dry finish and wasn’t too challenging but was really enjoyable.

You'll find Bobbie Peels at 351 Queensberry Street, North Melbourne, as well as in the free Crafty Pint app alongside hundreds of other good beer venues and breweries across Australia. 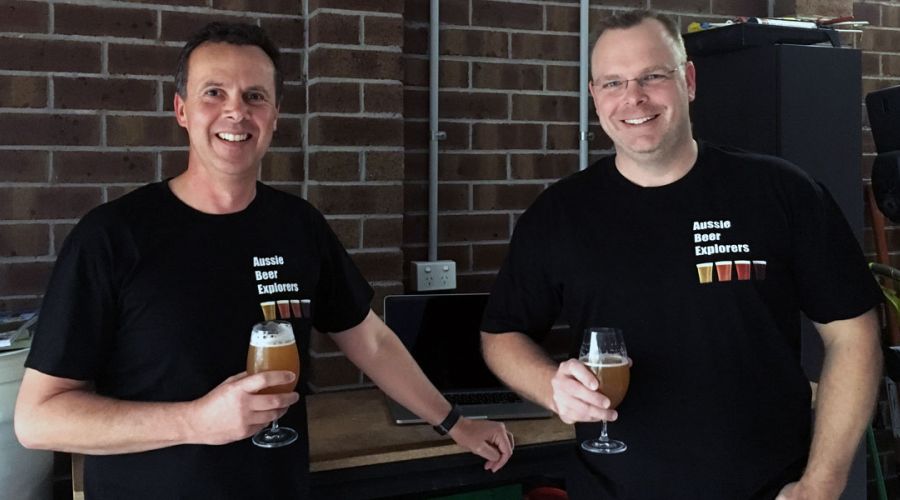