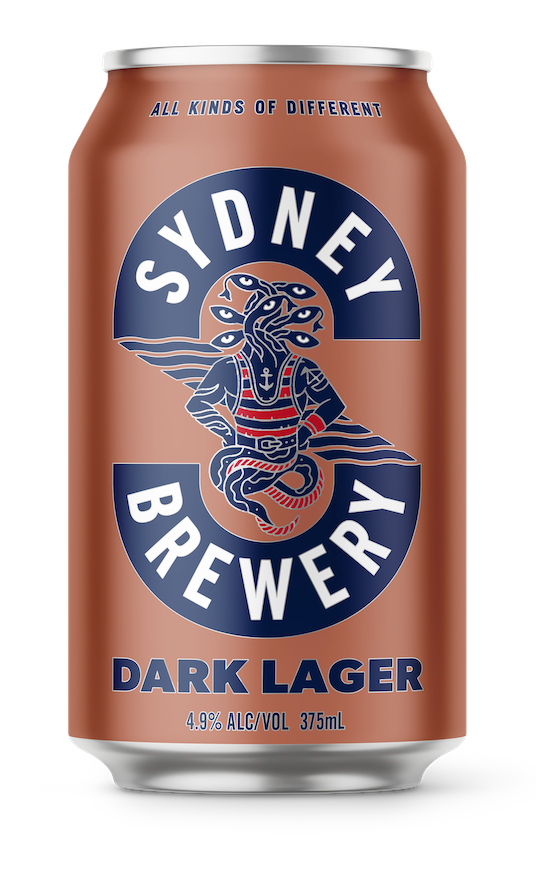 Thanks to decades of concerted effort on the part of multinational brewers, lagers have managed to achieve almost complete domination of this country’s (and the world’s) beer consumption. Yet, at the opposite end of the industry, the resurgence of smaller breweries has been almost entirely built by brewing anything except lager. So when a brewery has not one, not two, but three lagers in its core range, it’s worth paying attention.?

Why Sydney Brewery’s Lager and Pilsner will fit many people’s ideal physical description of “beer”, the Dark Lager looks more like a certain famous Irish stout than it does a golden quencher (and the character on the label even tips its hat to the Irish Seven, political prisoners in Darlinghurst’s dark history). Based on the old German Dunkel dark lager style, this beer does actually share plenty of similarities with stouts and porters, displaying ample coffee and chocolate malt character. But it’s a little lighter and has a touch of sweetness that helps it drink in an exceedingly smooth manner. If you know someone with a bit of a hangup about dark beers, this is one with which to lure them back – especially if you go to the trouble of pairing it with a nice chocolate-based dessert.