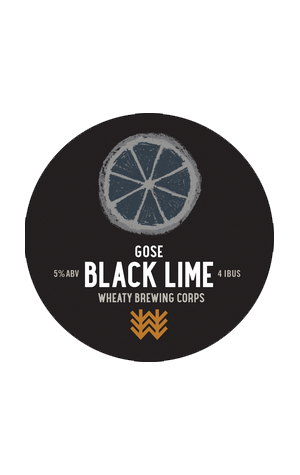 Rather than relying on Lacto to provide gose’s characteristically acidic kick, we’ve enlisted ‘Limu Omani’ – black limes – to sharpen things up. Used as a seasoning in Middle Eastern dishes, black limes are simply fresh limes boiled in salt brine and sun-dried over several weeks until they feel hollow. Flavour wise they are complex citrus bombs: sour, tart and tangy on the one hand, musky, pungent and fermented on the other. Bright and earthy at the same time...Perfect for dry hopping; so that’s what we did.

Combined with the peppery, wine like characters of French saison yeast, the fresh spiciness of coriander seeds and soft salinity of Murray River salt flakes, this gose is komplex and erfrischend – if nicht-traditionellen.