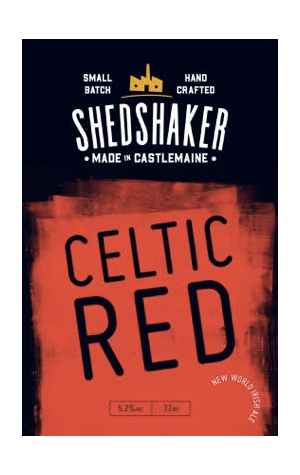 When you’re trying to revive brewing in a town where it’s long since gone, it seems only fitting that you should look for local figures to inspire your beers. This Celtic Red Ale is something of a tribute to Michael Wolfe’s Irish ancestor Peter Wolfe, who arrived in the Castlemaine goldfields in 1856. Considering Peter was a local officer of the law who was a fan of making a bit of grog on the side the Celtic Red does seem rather appropriate.

Like the red ales of the Old World, Castlemaine’s Celtic Red malt body brings together flavours of roasted toffee and caramel. Unlike a traditional red, however, this beer is loaded with New World hops for a big aromatic hit. One such hop – Jarrylo – is a modern variety not often used by Australian brewers that imparts orange and some piney characters with some spicy undertones. Jarrylo is matched with the more familiar hops Mosaic and Chinook, boosting the flavours of citrus and pine.