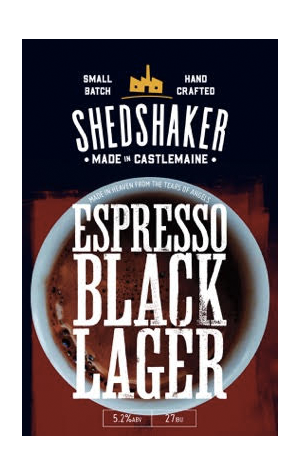 Originally brewed for GABS in 2016, Espresso Lager has since regularly appeared at the Castlemaine Brewery’s Taproom and on taps around Victoria. While coffee is a regular feature in stouts or porters, it doesn’t turn up as often in lagers.

Starting off as the dark German Schwarzbier style, the lager is then "dry hopped" with coffee beans from their Castlemaine Mill co-tenants Coffee Basic’s Fair Trade Tiger Mountain coffee. The resulting beer has plenty of rich coffee flavours that match with the chocolate and dark fruit from the Schwarzbier base. By virtue of being a lager the beer has a clear lightness to it, and remains a fairly refreshing affair all round.