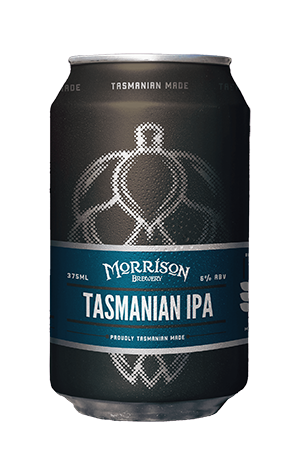 Paul Morrison has favoured traditional beer styles ever since setting up shop in Launceston many moons ago, which means Morrison Brewery hasn’t forayed too much or that often into New World styles – until now. This Tasmanian IPA is brimming with tropical flavours, all borne from a trio of classic antipodean hop varietals – Ella, Vic Secret and Galaxy. But it’s not merely hoppy heavy-handedness, as a good dose of malts both balances and fleshes out the flavour profile.

As I was told by someone who knows the brewer well: “Paul has never pandered to trend, but prefers to nod to tradition.”

It’s an interesting suggestion: that the classic West Coast IPA has become a traditional style. Morrison’s IPA will no doubt transport those who learned their craft beer craft from the style into a state of nostalgia.