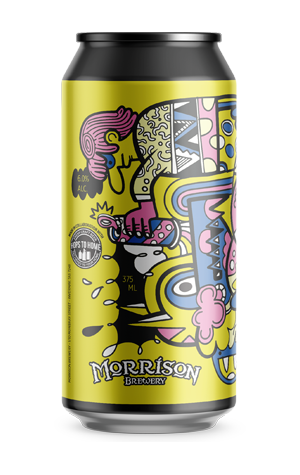 This collaboration between Tasmanian brewery Morrison and online retailer Hops To Home might be called Red IPA, but take a closer look and you'll also find "Oat Biscuit Ale" on the cans. Dig further still and there are references to Australia's favourite biscuit and times of war. Given the brewers used golden syrup, oats and a huge bag of toasted coconut along the way, you should have an idea where we're headed...

That said, while Anzac biscuits are the inspiration, there's a bit more fruitiness at play here, with elements of soft citrus rind and red berry sitting alongside the cake batter like sweetness and conjuring memories of a fruit biscuit slice or a slice of dense orange cake. It makes for a rich experience in which the combo of fresh hops, specialty malts and other adjuncts even contribute a cinnamon like spice as well as flashes of coconut, before the hops add a drying bite.