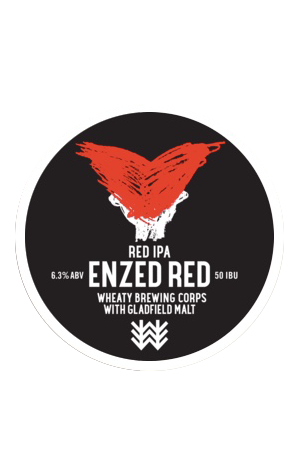 The Wheaty Brewing Corps has collaborated with New Zealand’s Gladfield Malt for three years in a row now and there seems to be a common theme running through the beers: red. In the case Enzed Red, yet again three of Gladfield’s red hued malts were used in the grist, with Aurora, Red Back and Shepherd’s Delight also contributing to the beer's big, chewy malt characters. Combine that with New Zealand hops Motueka, Nelson Sauvin and experimental variety HORT 4337 and we have Enzed Red.

A deep, radiant red shines through and, swirling the beer, a thick, off white head appears and sticks around. The aroma is a perfect balance of rich toffee malts and big tropical fruits; OK, maybe the hops – passionfruit and pineapple to the fore – just edge out the malts. It's big and rich, with just a touch of bitterness to round things out: an example of Aussies and Kiwis working in harmony.