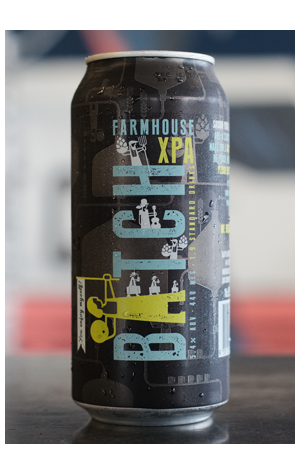 When Batch opened their second location, Small Batch, they said it would function as a kind of engine of innovation, providing experimentation and market research for developing new beers. As well as, you know, being a kickass venue where shuffleboard is king.

Farmhouse XPA is the first fruit of this process. (The innovation and experimentation, not the shuffleboard.) The brewers had the time and space at Small Batch - not to mention a small army of drinkers - to work with the recipe and road test it until they had the version that best expressed what they were aiming for.

Candied banana on the nose shows off the Belgian saison yeast like a proud kid whose artwork makes it to the fridge door, but it only takes one sip to see that this isn’t a one-dimensional beer. By adding the dry hop addition before the yeast had finished fermenting, the brewers harnessed the power of hop compound biotransformation and let the yeast and the hop oils become greater than the sum of their parts. The result is a soft-bodied but strong-flavoured fruity cocktail, one that might not have been possible for Batch before their newfound experimental process.