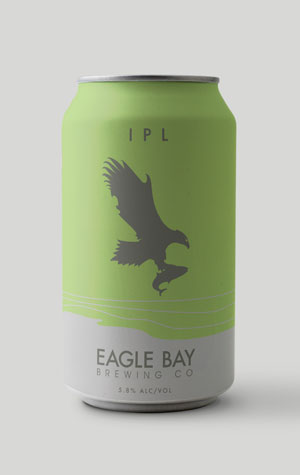 In a growing market increasingly filled with crazy and hazy hop-centric beers, many brewers are finding room in their lineups for clean and more accessible beer styles that showcase hops over everything else, while aiming to satisfy a broader spectrum of discerning beer drinkers.

Eagle Bay's spring 2019 Brewers Series release is just such a beer: their India Pale Lager a style that's existed for some time but hasn’t gained as much fame and glory as some other hoppy styles, most notably its ale equivalent. Eagle Bay have brewed this refreshing style before, and the brewers were more than happy to see it return for a lengthy summer.

Brewed with a clean and crisp lager base, a generous hopping regime lends floral and grassy hop aromas, together with a noticeable but restrained hop bitterness. Forty IBUs of the latter and a hearty 5.8 percent ABV are countered by a refined malt sweetness that's cleverly placed for supreme balance and a lasting finish.

UPDATE: The beer proved such a success with judges and drinkers alike it's now part of their year round range.