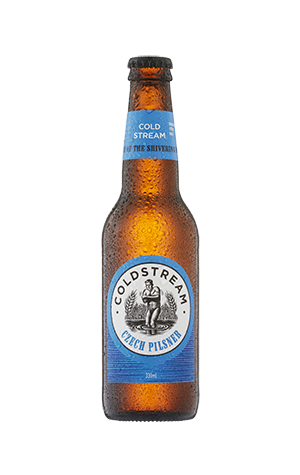 Before Coldstream Brewery was even an idea, co-founders Mike Basset and Rohan Peters spent a lot of time travelling to some of the world’s best beer destinations. The Czech Republic was a particular favourite, with Mike telling us he was so enraptured by the country’s beer and the culture that surrounded it he felt he may be unable to leave.

So it should be no surprise that Coldstream’s Czech Pilsner has long been part of the brewery’s core range. Their take on the classic style is mostly built on the Saaz hops that drive the beer’s floral, herbal and spiced bouquet, but there's also a deep maltiness in this gently bitter and refreshing lager.