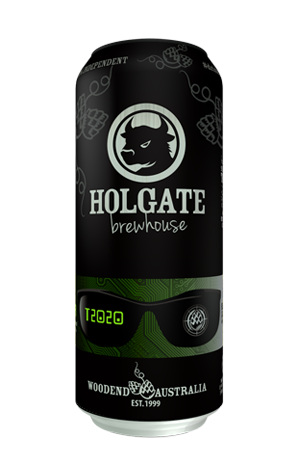 Holgate's Hopinator was one of the first double IPAs I ever came across. There had been a couple when in the US while reporting on a double murder for a UK newspaper at a time when I had no idea what double IPA meant, then Murray's Icon 2IPA after moving to Australia, but that was it. Then again, there weren't many around when Holgate first released theirs.

IPAs of all shapes and sizes are here, there and everywhere today, however, yet those like Hopinator have become almost like historical artefacts; at a time when it's all about fruit salads, stripped back malt profiles, none of the bitterness and all of the opacity, beers that owe a debt to the earlier IPAs out of the States are something of a rarity. And this is, unapologetically, what Holgate have set out to create once more, this time with a nod to Terminator.

They've done a fine job too, with the specialty malt bill giving you a visually appealing beer: glowing deep copper, almost amber, and with a perceptible viscosity that hints at its DIPA nature. Pine, grapefruit rind and biscuity, dark caramel malts are equal players, while there's broad, earthy, faintly spicy bitterness that lingers within the palate-coating body – one that coats due to the beer's density rather than any juicy, oaty, NEIPAisms.

Imagine a classic American pale from the Noughties scaled up to big brother status and that's what you've got here. Might it scare some off? Maybe. Will it feel like a homecoming for others? For sure.