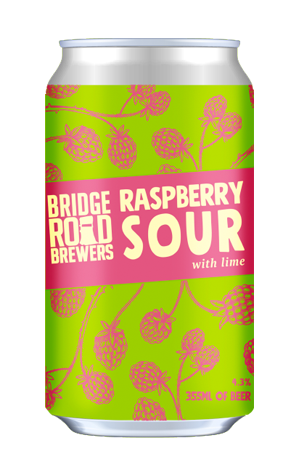 When a brewery declares the amount of an ingredient added to a beer – hops, fruit, whatever – without putting it in the context of the size of the batch, it doesn't actually mean a great deal. That said, 500kg of raspberries sounds like a lot and as soon as you tip your can of Bridge Road's new gose-style release into a glass you're reassured that it is a lot. This isn't some liquid with a faint hint of pink; this is crimson red and almost thick enough for you to believe there’s raspberry matter still suspended within.

Both the sweet and tart sides of the berries are present with the latter enlivened by the lime and acidity. As a result, it's refreshing as, the sort of beer one can see pairing beautifully with a creamy, or even chocolaty, summery dessert.