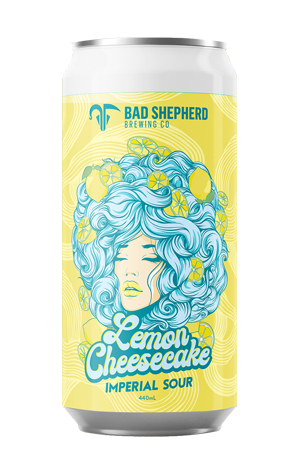 It's back to the dessert trolley for Bad Shepherd, one they've been dipping into with growing frequency in recent times. And it's one that sounds like a mouthful – or even a case of the increasingly ubiquitous "beer style decided by pulling words at random out of a hat” – a lemon cheesecake-inspired imperial sour which the label says is brewed with real cheesecake. Yet, for all that involves, it's a relatively straight up and down affair – with emphasis on "relatively", of course.

The imperial level ABV – and, presumably, the adjuncts used to create the creamy, vanilla sweetness – give the beer a viscosity that masks the sourness, instead leaving you with tangy, citrus cordial flavours and aromas.