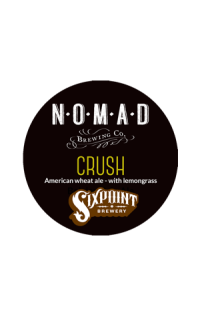 Given Nomad, one of Sydney's newest breweries, is a joint venture between Italians Birra del Borgo and importer / distributor Experienceit there's a broad palette of ready made, in-house collaborators to pick from. During 2014's Sydney Craft Beer Week, one of Experienceit's American buddies, Sixpoint, called into the Northern Beaches brewery and got to work with head brewer Brooks Caretta on this American Wheat. American wheat ales use wheat (obviously) alongside barley in the mix but alongside a… Read more
Golden Yellow 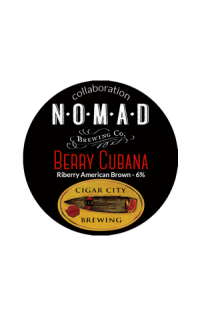 Another collaboration with a friend from America for Nomad, this one saw Wayne Wambles from Tampa's highly-rated Cigar City call in to the Northern Beaches. Together, they set about creating a dark brown ale loaded with "tasty caramel, toffee and a slight hint of roasted malts". A driving factor behind the beer was to find a local or native ingredient that would be fun and interesting to add to the beer. In the end, it was Riberries or Lilly Pilly fruits that were chosen for their slight… Read more
Dark Brown 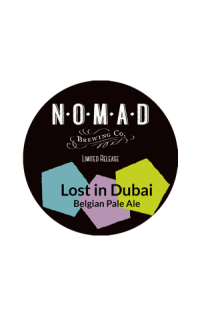 When is an IPA not an IPA? When it gets lost in Dubai and becomes a Belgian pale ale instead. At least, that's the story here, with the Nomad brewing team initially setting off to brew their Jetlag IPA before they changed their minds along the way and "hijacked the beer and instead we had a stop off in Dubai with a Belgian pale!" Why Dubai? Presumably because it's the stop off point between Italy and Australia for this most international of Aussie breweries and why the reference to stopping… Read more
Pale Yellow 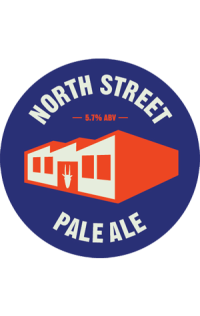 For its latest limited release beer, Mountain Goat tells us the inspiration comes from the Trappist monks of Belgium. "So, a big, rich, fruity, spicy ale then, right?" you may ask. Well, no. The inspiration comes not from the beers they brew but from the fact they brew beers for themselves. So the North St Pale is a tribute to their Richmond home, which is on the corner of North and Clark Streets (so maybe there's a Clark Dark to come). It's also a beer that pays tribute to their beloved… Read more
Pale Yellow Seven years into brewing at their home and hop farm in Northwest Tassie, Seven Sheds has created its first saison. And, once again, it's a beer in which Willie Simpson and his brewing team has made full use of local ingredients. Among the fruits of their surrounds to be featured in the beer are locally-grown lemongrass and lemon zest, spelt and oats from Kindred Organics, as well as locally malted barley, plus Aussie Ella and Kiwi Motueka hops and, for good measure, a dose of raw ginger. It was debuted… Read more
Pale Yellow Not only is it tricky to keep tabs with how many beers Red Duck releases (OK, we ran an article last week saying they're up to 97 unique brews so that's not strictly true) but now it's becoming hard to keep up with how many saison variants they've put out. There was a run of them a few months ago – straight, honeyed and so one – and now there's a couple more. First up is the Aztec, a hybrid of Belgian lambic and French saison, with added ingredients inspired by, you've guessed it, the Aztecs.… Read more
Pale Yellow

And other regular Red Duck stockists 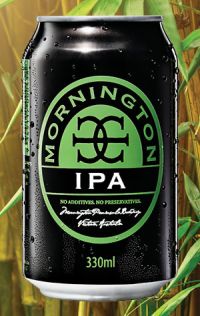 Mornington Peninsula Brewery's IPA has had quite the journey with it being one of the first local IPAs to be canned. Well before that, it was one of the brewery's first ever seasonal releases, winning plenty of admirers from the off as one of the bigger, brasher local takes on the American IPA style. Over time it's been refined, losing nothing in the way of hop aroma or flavour but becoming a more balanced beast along the way. It's one that proved popular thanks to the pungent passionfruit and stonefruit… Read more
Golden The story behind the arrival on bottleshop shelves of a new mixed, large bottle six-pack from Stone & Wood for summer starts with the Cloud Catcher. The beer originally released to mark the opening of a second brewery at Murrwillumbah – a delightful fruit salad explosion – proved so popular that the brewers were inundated with requests to bring it back. We can well understand this as when we were lucky enough to be given a pre-release sample at the brewery earlier this year we got about as… Read more
Golden 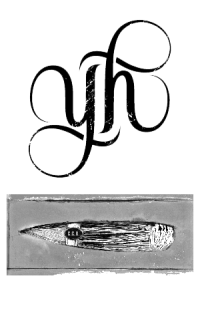 Their beers don't make it to Australia yet but hardcore beer aficionados Down Under are well aware that Tampa's Cigar City Brewing has a reputation as brewer of some of the finest beers in the States. So when brewer Wayne Wambles made a visit to Sydney in October, the arch-collaborators at Young Henrys were only too eager to invite him into their ever-expanding Newtown home for a spot of brewing. It turned out Wayne was a big fan of native Australian ingredients so a pair of tried and tested local… Read more
Rich Brown He has quite the little enterprise going up in Glenrowan does James Booth. Not only is he running the family's long-established wine business, Taminick Cellars, and brewing beers as Black Dog on his flash Italian brewery but he's growing ingredients for some of his beers too. For his occasional release, the Estate Hopped Saison, he adds homegrown Aussie Cascade and some local Topaz to the mix, giving this traditional beer style a New World twist. They're not added to the same level as in, say, near… Read more
Golden Yellow Having hit 007 in their series of occasional experimental releases, the team at McLaren Vale really had no option but to enlist the spirit of Bond. Not only that, but they've snuck in a nod towards the Mike Myers Bond spoof Austin Powers too. In keeping with the Bond theme, the beer is called Goldfinger (and is thus a golden ale); with regards to the International Man of Mystery, the beer features Enigma, the new and set-for-stardom hop from Tassie's Hop Products Australia. According to head brewer… Read more
Golden Yellow In between making all of the wine at Taminick Cellars, James Booth has spent the past few years creating beers under the Black Dog banner. Having launched on a 70-litre home brew setup, he's now the proud owner of a shiny, Italian made 18 hectolitre brewery and has established a loyal band of followers who believe the quality of his beers deserve a bigger following. One suspects that beers like this Aussie Terrier, one of the finest of his brews we've tasted to date, should help. There's already… Read more
Golden

Bottles coming end of November at: As the brewery has grown, head brewer Costa Nikias has dedicated time to developing a handful of beers of a more easy-drinking nature than those with which La Sirène made its name. Among them are the draught-only Belle, described as a "French table ale". The beer uses the brewery's in-house yeast alongside pale malts to create a beer they say offers "subtle fruit characters [that] initially lead into a medium body with rich yeast characters to conclude with a beautifully crisp dry… Read more
Pale Yellow Back in August, we ran a story on the collaborations taking place between Little Creatures and Emerson's, the trans-Tasman breweries taken into the Lion family in the past couple of years. A collaboration took place on either side of The Ditch and the first of those to hit Aussie taps is this Saison. The challenge from Kiwi brewing legend Richard Emerson was to brew a traditional saison, which the Creatures crew did via the means of a French saison yeast and a touch of their beloved East Kent Goldings… Read more
Golden Yellow They weren't kidding when they said the release schedule was about to ramp up. There must have been some serious build up of creative juices going on at Mornington HQ while the new brewery commissioning was going on as we make this three new releases in a fortnight. This time around, it's a variation on a theme. One of Mornington's earliest releases was their Porter, a beer that remains one of their finest but which also nudges at the top end of what a porter can be in terms of its bold flavours… Read more
Dark Brown It looks like Hargreaves Hill is on a mission to give Mountain Goat a run for its money in the "Who can brew the most different IPAs?" stakes. That said, other than the 2012 GBW collab with Nogne O and Moylan's (the devilishly bitter Imperial Black IPA Our Dark Secret of which we have one bottle left...), they've eschewed any temptation to brew anything other than a "pale" IPA. The latest is in keeping with that tradition, is called Zenith and, once again, has brought some beautifully… Read more
Rich Brown 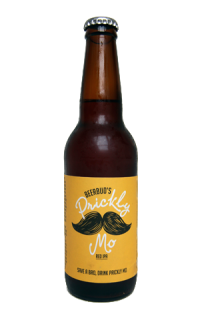 Just as most of the mo's of Movember are now consigned to memories / photos / regret, we're pretty sure that the limited run of kegs of this fundraising beer that went to bars around Sydney will be gone by now. But if you'd still like to contribute to the Movember fundraising venture set up by online retailer BeerBud in conjunction with Prickly Moses we believe there are still bottles around. Profits from sales of Prickly Mo, a red IPA, are going to a men's health charity. In return for the good… Read more
Red Crafty Pint notes from 2010 The Crafty clan once attended a superb beer dinner featuring the Red Hill range at Circa, in St Kilda, when Matt "Pope Joan" Wilkinson was still the head chef. The Temptation was paired with the appetiser in place of a glass of bubbly - and you can see why Matt picked it. Not just because of the amount of fizz that gives it a luscious foamy white head, but because of the flavour profile. There are hints of white wine grape in there plus a touch of tartness.… Read more
Golden Yellow 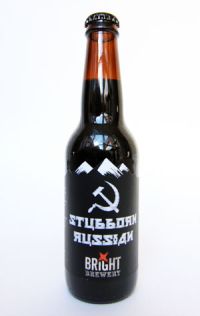 The quality of beers he was releasing pretty much from the start of his time at Bright suggested young brewer Jon Seltin was one to watch. But it was on a visit to the brewery a couple of summers ago and a chance bumping into Jon (who was supposed to be on holiday but clearly couldn't keep away) that the attention to detail, creativity and ambition became apparent. Among the toys and experiments he unveiled was a barrel filled with a "stock ale", a type of beer originating in 18th century… Read more
Black Making the most of the relative freedom before the summer onslaught demands both their breweries knock out nothing but Pacific Ale, the Stone & Wood team continues what's been, by their standards, a deluge of limited release beers. This one is something of a twist on their lager and sounds a little like past Kellerbier releases, albeit rather larger. The beer chosen to mark the arrival of Spring takes its inspiration from Germany – and its hops from there too. Coinciding with the Northern Hemisphere… Read more
Pale Yellow

Check out the venues it's hitting taps here.