Take an easy 40-minute drive south from the Perth CBD and you’ll find Whitelakes Brewing, created via a substantial makeover to the Old Barnyard function centre in Baldivis and launched in July 2016. As with most brewery stories, what seems obvious and fully formed now has roots that stretch back many years.

The brewery is headed by Sean Symons, whose 20 years-plus brewing career kicked off in the mid-90s after the young brewer asked Chuck Hahn eight times whether he had any work going. A part-time gig on the Malt Shovel packaging line followed, opening up a path that led to Sean working around Australia for Tooheys, XXXX, Swan and – last stop before Whitelakes – Louisiane, a brewpub on Vietnam’s Nha Trang coast.

When approached to found a brewery in Perth, the search for the right location took some time; however, when it came to brewery design, his experience ensured this took place rather quicker – and led to one of the most considered setups in Australia. Whitelakes’ unique 25 hectolitre HGM brew kit is anchored by a hexagonal brew deck designed so a single brewer can easily deal with multiple vessels at once – all while having space to enjoy a coffee – as well as providing ample room for growth.

From this platform, the brewery creates seven core range beers that are matter of fact when it comes to style and intent, free of hubris in name and execution. Indeed, four of the seven are lagers, something that reinforces the brewery’s approachability model, with the strongest barely scraping above 5 percent ABV.

Sean describes the mantra behind his beer design as the “second beer theory”, in that Whitelakes’ drinkers are ready to have a second beer without feeling they’ve been hit with a hammer by the first. It’s an idea he eloquently sums up as being “part of the Australian fabric of sessionability”.

With multiple tertiary degrees, brewing qualifications and years spent as chief judge for the Perth Royal Beer Awards, as well as judging at other competitions, it’s perhaps little surprise the lineup has amassed quite the haul of silverware in its short life. Whitelakes Summer collected a 2019 Australian International Beer Awards gold, with its siblings winning accolades both locally and nationally.

Located on a vast corner block, the building's modern glass, steel and wood stylings hold a small bar area within the brewhouse. The alfresco deck looks across a large lawn – typically filled with families on the weekends – to Lake Walyungup, the inspiration for the brewery’s name and artwork.

Despite the saline appearance of the protected wetlands, the "white lakes" are actually fresh water, with the illusion the result of a limestone cap beginning at the lakes and running south more than 200 kilometres to Yallingup (so there goes any thoughts of a hyper-local gose…). It’s a vista that provides a unique backdrop – often complete with stunning sunsets – for sipping on fresh Whitelakes beers before filling a growler to take home. If you’re after a feed too, options run from classic English pub meals to modern Australian-influenced fare.

The Whitelakes brewhouse is open Friday evenings and all-day Saturdays and Sundays, although you can see what the product of more than two decades of brewing experience tastes like any day of the week at Vernon Arms, the on-site tavern next door.

Former Swan Brewery man Sean Symons has returned to brewing, taking up the reins at the impressive new White Lakes operation in Perth. Ross Lewis joined him to talk beer, brewing and grand plans for expansion.

A group of WA cancer dads have started working with Whitelakes Brewing to create Bear Beer, an annual release that raises awareness and funds for families whose kids have cancer. We chatted to the man behind it. In some ways, the ever-expanding new beer release pace that shows little sign of slowing in late 2022 could risk eroding the very enthusiasm it's designed to serve. How many new and slightly different variations on a theme can anyone in that consumer niche really desire or, indeed, have time to sample? If punter-excitement fatigue builds, at the same time as many budgets tighten while the wider economy rights itself, what's likely to take its place? For one, the evergreen tenets of quality and dependability… Read more
Golden Led by Sean Symons, Whitelakes’ near five-year pursuit of technical perfection is one that eschews opacity and aggressively hopped ales in favour of lager expressions. Drinkability and balance are paramount, as this duo can attest. Their XPL picked up the Best Draught Lager trophy at the Perth Royal Beer Awards 2021. Its modern bottom ferment spin finds orange blossom, passionfruit and light biscuit malt aromas shifting to a lean, spritzy palate that carries a resinous touch. Late bitterness lingers… Read more
Dark Brown 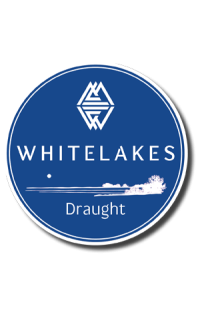 A pub favourite that celebrates keeping things simple. Designed in the German pilsner style, Draught is a clean and classically-minded beer with a bright white head. Touches of lemon appear, as does light pine through the finish, while carbonation aids bitterness and the sort of crisp refreshment that’s perfect for knock-off drinks. Guy Southern… Read more
Golden Yellow 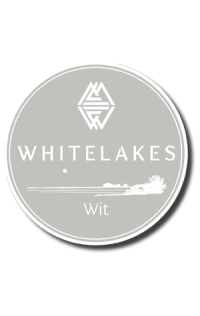 “Wit is a form of intelligent humour, the ability to say or write things that are clever and usually funny.” Amid Whitelakes' lager-leaning lineup, Wit shows a cheeky but approachable personality as the brewery's expression of the once prevalent style. Eschewing banana-like phenolics in favour of clove and white pepper, the yeast-driven beer scores high on drinkability. Coriander seeds and dried tangelo peel drive the traditional citrus elements towards a dry finish. So, maybe subtly funny. Guy… Read more
Pale Yellow 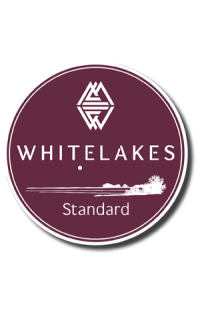 When considering the shape a Whitelakes mid-strength beer might take, Sean Symons needed only to look across the carpark for inspiration: a light English style to suit the Vernon Arms' charms. The ordinary bitter style name downplays what's a very enjoyable mid-strength beer, flush with copper malt notes and a slight backend creaminess. The name Standard not only riffs on the ordinary of the style but also on the one standard drink per middy you hold in your hand. Guy Southern… Read more
Golden 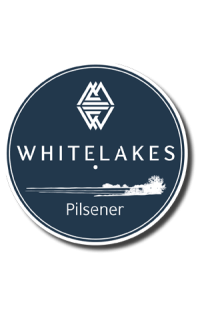 The ongoing road to brewing perfection affects all Whitelakes beers; however, the Pilsener received special attention. In essence, this is a craft lager that has become brewer Sean Symon’s passion. A little more rounded than its Germanic Draught sibling, Whitelakes Czech-inspired Pilsener presents a golden straw colour from which a contemporary flourish of New Zealand hops provides a subtle passionfruit finish alongside a stylistically appropriate bitterness. Each batch represents a step closer… Read more
Pale Yellow 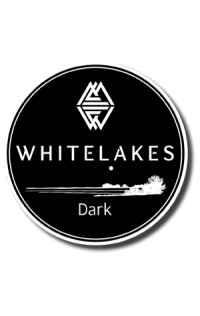 As the sole noir offering of the Whitelakes core range, Dark keeps things sessionable as a true to style Schwarzbier. Aromas of coffee and chocolate lead from the off-white head and continue through the clean, ruby-tinged body. A welcome creaminess arrives in the final third of the palate, countering the approachable bitterness before things wrap up nice and dry. Guy Southern Guy Southern… Read more
Dark Brown 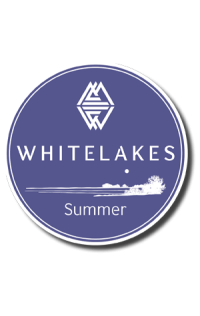 The 2019 AIBA gold medal-winning Summer also happens to be a crowd favourite among Baldivis locals. And, indeed, it’s hard not to imagine enjoying a few pints of this while watching the sun curve towards the White Lakes horizon from the brewery balcony, accolades or others. Summer’s approachable sweet malt base provides just the right launchpad from which the beer's subtly fruity, citrusy hop characters can shine within a tightly wound, balanced package. Guy Southern… Read more
Golden Yellow Whitelakes’ head brewer Sean Symons has an affinity for lager, in all its iterations, as anyone familiar with his career will well know. And it’s the classic Czech take on the style which is the inspiration here. Cold conditioning, or lagering, allows such beers to develop rich and subtle nuances that just can’t be rushed. And while brewers of the archetype Urquell suggest five weeks, for this beer Whitelakes have upped the ante with a full 100 days of conditioning before canning. Pouring with… Read more
Golden

Available from the brewery, draught and canned

And from Whitelakes stockists in limited release If anymore proof were needed that Sean Symons' Whitelakes team won’t miss an opportunity to explore the scope, and versatility of lager, Amber Lager arrives right on cue for Oktoberfest celebrations. In line with a general lightening of malt profiles in the beer world, many modern festbiers can be viewed as forms of amplified helles, richer in character than the Munich originals yet retaining maximum drinkability – or, to put it another way, a perfect segue to the Australian summer. The remarkable… Read more
Rich Brown

And in limited release from WA stockists 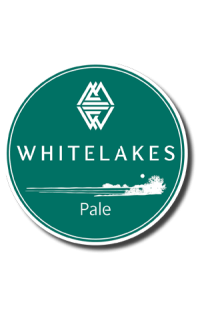 The most contemporary-minded of Whitelakes' core septuplet, Pale arrives with a quick piney flash which soon dissolves into tropical and stonefruit characters courtesy of Mosaic and El Dorado hops. The Pale's fruity side is balanced by a compact bitterness that leaves the 5 percent ABV beer very much in sessionable territory. Guy Southern… Read more
Golden One of brewer Sean Symons oldest friends in the beer world is Doug Donelan, who these days heads up NZ Hops and, thus, could be viewed as a friend with benefits. Or, in this case, one with handy tips. Sean had gained early access via Hopco to experimental hop variety HORT4337 from the 2018/19 New Zealand harvest and wasn't happy with what it was doing in this beer. Doug assured him to hold on and everything would be OK. And he did and ended up with this Cascadian Dark (another name for beers of the… Read more
Black