When it comes to attracting attention from afar, Noosa seems to be the star of the Sunshine Coast. People visit from all over to ride the barrels and breaks of the enviable swell, or to cruise down the river at a lazy pace; some soak in all of the boutique shopping and gourmet cuisine and pumping nightlife that Hastings Street has to offer, while others soak in the fullness of the coastal region’s expansive natural beauty.

While some beer lovers practise the philosophy that “bigger flavour is better”, those who enjoy the long days and long beaches of Noosa are often after a quaffable and refreshing drop that doesn’t overwhelm. (Apparently surfers in particular are big fans of balance.) When the air itself is full of heat and salt, drinkers crave the contrast of a cold, clean beer.

Brothers Craig and Lance Masterton saw this need for clean, quality lagers, and so opened Heads of Noosa Brewing Co as a lager-focused craft brewery.

“We always decided we wanted to have a really strong lager in our portfolio,” says Craig. “We thought that was important for Queensland. And it turns out we fell in love with them. So because we’d learnt so much about lagers, it seemed like we should specialise in them.”

The move from homebrewing to opening the Noosaville brewery and taproom took almost a decade, since Craig and Lance were determined to get this difficult style of beer just right. Take their amber lager Summer Dusk, for example: it’s the result of more than 100 pilot brews, and the determination to tweak and trial until they’d perfected the recipe.

With their focus on lagers, the brothers opted to get a German brewhouse and to consult with a German brewmaster to help them develop their technical skills.

“The Germans know their lagers for sure!” he says.

This doesn’t mean Heads of Noosa only brew German styles, though. Lance, who does the lion’s share of the brewing, puts his own take on styles and is always thinking of the modern Australian drinker.

The core range is made up of four beers: the Japanese Lager, with delicate flavours and a dry finish; Summer Dusk, a malty amber lager that shines in the glass with a rosy hue; Lager 3.5, a sensible and sessionable mid-strength; and the complex and caramelly Bock. All of them are filtered so they’re bright and glittering like gemstones, and between them they picked up a fistful of medals at their first Australian International Beer Awards.

As with any beer, there’s something special about drinking it at the source, so visit the brewery if you’re able. The spacious taproom has polished concrete floors and a white marble bar stretching out like the sand on Sunrise Beach.

Take your pick from eight taps, as well as the option of cider, wines and whiskies. Grab a burger or some local reef fish. Sit in the courtyard and admire the beach mural by local artist Owen Cavanagh, or perch on a stool inside and gaze through the full-length viewing window into the brewery itself. You don’t need to be a brewer to see this is no shoebox operation – looking up at stainless steel tanks holding ten thousand litres of beer is like viewing the cliffs the brewery is named after.

Head in on a Friday or Saturday for a brewery tour, and you’ll get to hear all about the brewing process, the quality lab and the 100 kilowatts of solar power, as well as see the sprawling bottling line, the cavernous coldroom, and discover that, after all of this, there’s still room for growth. If you hadn’t already figured this out – the Masterton brothers don’t do things by half.

When it’s time to leave, raid the merch corner and the takeaway fridge. It won’t be long before you want a Japanese Lager at the end of a day in the surf, or a Summer Dusk on the cliffs as evening rolls in over the ocean. Or perhaps you’ll be further away, and glad you brought a little taste of Noosa with you.

When they worked the stock market, they enjoyed craft beers at the end of the day. So, a few years back, brothers Lance and Craig Masterton decided to embark on a brewing adventure of their own, with Heads of Noosa opening in early 2019.

Borders have opened and shut, lockdowns have come and gone, but the beer scene in Queensland continues to go from strength to strength. Here we look back over 2021 to shine a light on the brightest beer moments of the year. 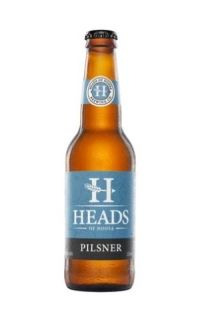 For anyone familiar with Heads of Noosa Brewing Co’s ethos of lager first, life second, the addition of a pilsner to their core range should come as absolutely no surprise at all. While it’s been available on tap at the Sunshine Coast taphouse for a little while, the brewery is now bottling up the pilsner and adding it to its stable of award-winning lagers. They take their lagers seriously at Heads of Noosa and this pilsner is no exception. It’s a close-as-you-can-get take on the Bavarian style,… Read more
Golden 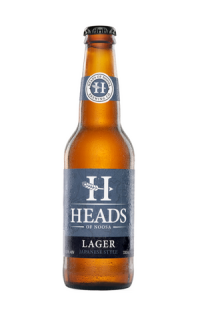 Who’d have thought the flagship beer of an Aussie brewer taught by a German brewmaster would be a Japanese-style lager? Apparently rice lagers were invented as a way for Japanese brewers to sidestep some taxes, since they were taxed on malt but not on rice. It just so happens that rice in the mash also has a drying effect that’s ideal for lagers, tax break or no tax break. Heads of Noosa’s Lager uses around 30 percent rice in their recipe, which is enough to dry it right out, creating a crisp… Read more
Golden Yellow 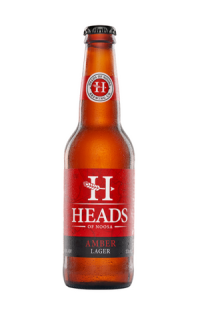 Tinged with the blaze of the setting sun, it's no surprise this beer was originally called 'Summer Dusk.' This beer is pleasant on the eyes and pleasant on the tongue. It was designed it to be a more approachable version of the brewery's Bock - an amber lager with the cleanness and sessionability of their Japanese-style lager, but which expresses its hops and malts in a way that flagship beer doesn’t. Cascade and Amarillo bring a gentle fruitiness, while the specialty dark malts add a brown sugar… Read more
Red 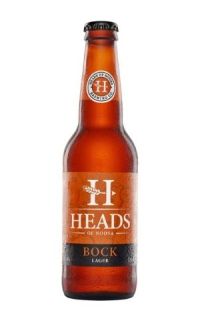 Before there was Summer Dusk, there was the Bock. Head brewer Lance loved the flavours of this broad-shouldered beer, so he used it as inspiration for another, toning it down to create a flavoursome lager more accessible to the Australian palate. But the Bock was such a great beer he decided keep making it anyway. Made with six malts and hovering just under six percent ABV, Heads of Noosa's take on the style is a little easier drinking than a traditional Bock, but a heavier hitter than their other… Read more
Golden 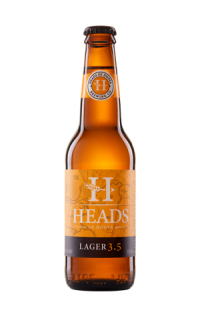 Heads of Noosa would be missing a trick if they didn’t have a mid-strength in their lineup. Luckily, they’re not, because they do. It’s a crisp lager made with a blend of specialty malts, and holds more flavour than your average session lager. Sparkles gold in the glass, dances lively on the tongue, and brings bready malt across the palate. Good if you’re driving to the brewery taproom for a beer. Good if you’re out on the boat with a six-pack. Good if you like drinking beer. Mick Wust… Read more
Golden Yellow 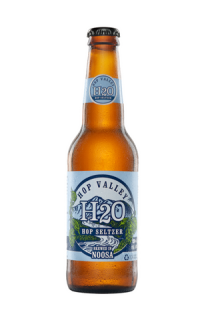 Beer contains four main ingredients: water, malt, hops and yeast. Some beers contain all kinds of other ingredients as well: fruit, spices, coffee, chocolate, vanilla, nuts, lactose, other sugars… anything a brewer can get their hands on. But this isn’t beer. It isn’t even non-alcoholic beer. It’s sparkling hop water, and it contains two ingredients: hops and water. That’s it. You might think fewer ingredients makes this an easy product to make. You’d be wrong. Ask any brewer and they’ll… Read more
Pale Yellow 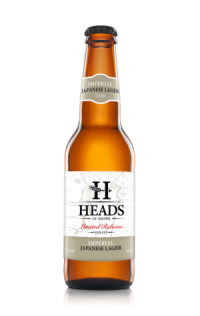 Goku powers up and goes Super Saiyan. The Power Rangers get into their giant battle robots. And the Japanese-style rice lager from Heads of Noosa turns imperial. In case it wasn’t obvious, this is a beefed-up version of the brewery’s flagship beer. It brings together the stunning clarity and clean fermentation profile of the original with a boosted alcohol content (from 4.5 percent up to 7.2 percent ABV)*, bigger body and more defined sweetness. Rather than a fluffy carbonation and crisp finish… Read more
Golden 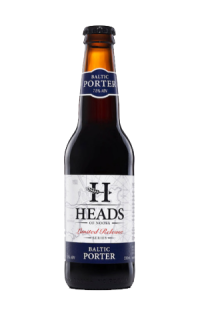 Private launch parties, VIP pre-sales and sold-out events… this is the language of exclusivity tied up with Heads of Noosa’s Baltic Porter. It’s the first beer in their limited release range, and the 3600L batch (a limited volume indeed, when you’ve seen the size of the towering fermenters at the brewery) has struck an instant chord with punters. When you first pour it into the glass, it’s deep and dark, and the brown that tinges the head only adds to that. But hold it up to the light and… Read more
Black Many a lager drinker has walked into a craft brewery to find there were no lagers on tap. Are Heads of Noosa now going to get revenge on IPA drinkers by not offering anything for hopheads? Thankfully, they’re not that petty, making an India Pale Lager to appeal to those who walk into the taproom looking for something hoppy. For a filtered lager - that is, one that’s been stripped of much of the dry-hopping content - the IPL is bursting with hop character. A clean malt body acts as a blank canvas… Read more
Golden Yellow