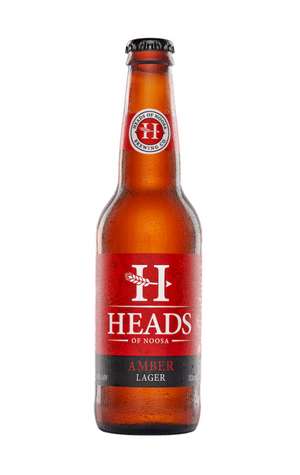 Tinged with the blaze of the setting sun, it's no surprise this beer was originally called 'Summer Dusk.'

This beer is pleasant on the eyes and pleasant on the tongue. It was designed it to be a more approachable version of the brewery's Bock - an amber lager with the cleanness and sessionability of their Japanese-style lager, but which expresses its hops and malts in a way that flagship beer doesn’t. Cascade and Amarillo bring a gentle fruitiness, while the specialty dark malts add a brown sugar sweetness. It’s not surprising this won a gold medal at its first AIBAs in 2019.

There’s no shortage of Aussie beer drinkers who've had nothing but pale lagers their whole lives. Co-owner Craig reckons he’s heard more than one of them have a one of these amber lagers and say: “That’s the best beer I’ve ever had.”

He also describes it as “sexy as hell in a glass”. It’s hard to argue with that.