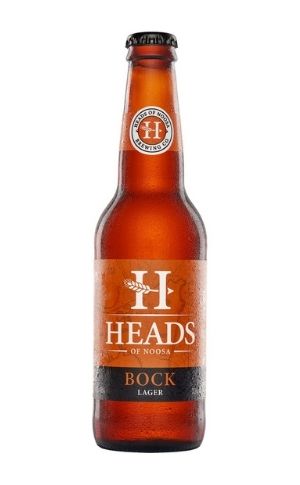 Before there was Summer Dusk, there was the Bock. Head brewer Lance loved the flavours of this broad-shouldered beer, so he used it as inspiration for another, toning it down to create a flavoursome lager more accessible to the Australian palate. But the Bock was such a great beer he decided keep making it anyway.

Made with six malts and hovering just under six percent ABV, Heads of Noosa's take on the style is a little easier drinking than a traditional Bock, but a heavier hitter than their other beers. It pours a rusty colour and smells of golden syrup spread on toast. Complex malt characters fill the mouth with caramel and burnt toffee, biscuit and hints of chocolate, but it never gets sticky.

If you like Summer Dusk, try hanging out with its big brother Bock.