Coburg Brewing Co’s journey to find a home for their brewery has been a long and winding one; so long and winding in fact it took the brewing company’s founders right back to where they started.

When you hail from many generations of publicans, it’s hard to even pick a date on which to start, but let’s go with 2010. That’s when Danial and Jane Caneva took over the Post Office Hotel, an art deco pub in Sydney Road in Coburg. Along with some of Melbourne’s top musos, the Canevas turned the historic space into a vibrant boozer, one featuring a casual front bar, impressive dining space, sprawling beer garden and a stage that’s played host to countless local acts.

After spending a few years embedding themselves in the local community and, in turn, enriching that local community in the manner local pubs can, Danial and Jane decided to add in a new element. They wanted their own beer to pour over their bar and so launched Coburg Brewing Co in 2013, initially brewing at Mildura Brewery before moving closer to home and into the tanks at Hawkers.

Starting out with Coburg Lager, a homage to classic European lagers as well as their home ‘burb, they soon added Pentridge Pale, in reference to the historic prison up the road. The beers proved popular well beyond the Post Office’s four walls, however, with other pubs, bars and bottleshops soon stocking them too.

Adorning the cans and decals for the beers is artwork is by Ken Taylor, a Melbourne-based artist who mostly works in the music industry and has designed gig posters for the likes of You Am I, Bob Dylan, Queens of the Stone Age and The Rolling Stones. While the brewery’s core range mainly maintains a classic look, it’s with the brewery’s limited releases Ken’s artwork truly shines, bringing a rock ’n’ roll meets Hunter S Thompson vibe to releases like the supercharged version of their Son of a Gun IPA, the 10 percent ABV Son of 3 Guns.

When you name your brewing company after your suburb and have that suburb’s postcode on your flagship beer, it’s safe to safe you might be a parochial operator. For Coburg, that parochialism is born out in the locals they support, from local footy club the Coburg Lions, the cricket club, and the Coburg RSL, which just happens to be one of the country’s best for craft beer.

But selling their own beer was only ever part of a much larger plan, with Danial and Jane wanting a home for Coburg Brewing and continually scouting the area for the right spot. For some time, it looked like that home could be inside Pentridge Prison, the bluestone gaol dating back to the 1850s that housed some of Victoria’s most famous inmates, including Ned Kelly, gangster Squizzy Taylor and Chopper Read. Today, the old prison has largely been transformed into housing and, when plans to get a brewery inside failed to become reality, the couple’s search began again.

As it turned out, they didn’t need to look very far at all. In 2019, they decided that maybe their pub’s own laundry could be transformed into a brewery. Rather than the sizeable brewhouse they’d once considered, this become a 200 litre setup designed to focus on keeping the Post Office taps supplied, while some of the brewery’s core range continued to come out of Hawkers.

Of course, building a brewery is a timely process and ripping up floorboards and installing pipes in front of customers isn’t ideal, so they held off on the install and waited for the right moment. And it turns out 2020 was that ideal time; if there’s one benefit to be found in COVID-19 forcing your pub to close, it’s that it provides you the chance to get stuck into those long overdue projects.

When venues reopened after two long lockdowns, the Post Office was among those who had changed during the lockdown. Only for the better of course, with the brewery now at the place where the brand started out, and the pub now pouring the freshest beer possible. Coburg Lager is the beer that kickstarted the Coburg Brewing Co’s story and it’s a classic in more ways than one. First off, there’s the look of the label design, which manages to bring to mind both a suburban footy team’s jersey and the labels you would have found hugging local lagers decades ago. Then there’s the beer itself, which is modelled closely on classic European lagers, employing the noble hop Saaz, class US variety Cascade, and yeast courtesy of the world’s oldest brewery,… Read more
Golden Yellow 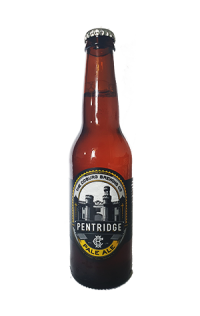 HM Prison Pentridge is a stunning relic of Melbourne’s history, first been built in the 1850s and operating until the late 1990s. During its long history as a prison, it housed some of Victoria’s most notorious inmates, including Ned Kelly, Squizzy Taylor and Chopper Read, and, though the prison has mostly given away to apartments today, the site’s exterior is one of impressive bluestone that serves as a reminder of the era in which it was built. The same can be said for Coburg Brewing Co’s… Read more
Golden There’s a lot of IPAs out there but few in modern Australian beer circles are like Son of a Gun from Coburg Brewing. Often it’s all about the American, Australian and Kiwi hops and keeping things as pale and – increasingly – as hazy as possible. Son of a Gun, on the other hand, might contain all Australian hops but the beer’s inspiration comes from the Old World. The English-style IPA is malt driven with biscuit and toffee notes, a big bitterness and an all-Australian lineup of hops in… Read more
Golden 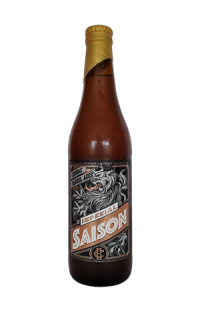 Coburg's brewhouse in the back of the Post Office Hotel might be a small one but head brewer Aled Evans isn’t afraid to create some quite grand beers on the 200 litre kit. The brewery’s Cognac Barrel-Aged Imperial Saison is one such beer, with the 500ml bottle and golden wax-dipped top suggesting it’s a beer worth sharing. It’s part of the Brewpub Barrel Series which has previously included an Imperial Stout that was also aged in Cognac barrels. While the imperial saison isn't as big in… Read more
Rich Brown