It is, without a doubt, the kind of thing that can elevate the small moments in life into something special. I’m talking about that period towards the end of a meal with mates: the food has been served and enjoyed and you’re relaxing around the table – talking, catching up, taking pure pleasure in each other’s company.

The food may have been perfect, and the barbecue might have been the ruse with which you enticed your guests over, but no matter how well you judged the time on the grill, how well matched the drinks, it’s the conversation that matters. The stress of cooking is gone, time slows down, and the world feels more relaxed.

It’s embracing such moments and championing what matters in life that lies at the heart of Melbourne’s Sobremesa Fermentary & Blendery. These are the occasions Casey Grieve and Hannah McErlane have always loved, which is why they chose Sobremesa as the name for their brewing company; while its direct translation is “over the table”, it refers to the Spanish tradition of relaxing after a meal, and felt like the perfect way to encapsulate their connection to the drinking and dining culture found in much of Europe.

While they launched their first beers in 2020, to understand the Sobremesa story you have to go back a little further. Given their farmhouse style beers can take many months to come to fruition, that shouldn’t come as much of a surprise, but their origins can be traced back far further, along a path that suggests such a destiny was almost unavoidable for Casey.

He was raised in New Zealand’s most famous wine region, Marlborough, with his viticulturist father ensuring vineyards and wine have always been prevalent in his life. A passion for winemaking led him to study oenology – the science of wine – at university, but after moving across The Ditch to Melbourne, Casey moved into brewing at Bad Shepherd.

It was during the couple’s overseas travels that Casey gained firsthand experience in the kind of beers he wanted to make, however, and in particular time spent at Bar Hop in Toronto. The pioneering bar has introduced many to craft beer over the years, but for Casey it was the venue’s microbrewery – dedicated to saisons, mixed fermentation and blending – that captured his attention.

On returning to Melbourne, they set about putting their skills to the test and giving their passions a creative outlet. While Casey focused on the liquid, Hannah, who works as a nurse, channeled her love of photography and creativity into the brewing company’s marketing and branding.

For anyone who's a fan of small batch beers, Sobremesa operate at the smaller end of the scale. They brewed just 300 litres of their first commercial release, Our Daily Brett, which was followed by some 50 and 100 litre batches; at time of writing, Sobremesa releases tend to come no bigger than 500 litres at a time – all brewed at Kensington’s Bonehead, where Casey is part of the brewing team, before taking shape in a selection of French oak barrels.

Once they’re ready to be enjoyed, it’s unlikely you could want for any more information than Casey and Hannah share through social media or on their website. They happily provide in-depth details as to why a certain barrel was chosen, what malts were used, where they were sourced – largely Victoria’s House of Malt – or how much of an unusual ingredient was added and for precisely how long. It’s the kind of information people fascinated with barrel-aged beers like to devour; as fans of such beers themselves, they know just how much people want to understand the processes behind the liquid they’re pouring into their glass.

In comparison, their labels couldn’t speak more to simplicity, featuring artistic designs that catch the eye like well-considered tattoos. It’s a fair reflection of the beers, which typically present with a simple finesse – Sobremesa aren’t in the business of stripping the enamel from your teeth with waves of sourness.

Sure, each beer tends to be brought to life by multiple yeast strains and bacteria, and they tend to express funk and acidity too, but they’re also clean and fruit-forward, whether thanks to the use of Brett, hops or actual fruit. As such, even though the Sobremesa name refers to relaxing after a meal, their beers are just as suited to sipping in the park – for those who enjoy giving their palate something to work with, at least.

The acquisition of a canning line at the start of 2022 should also see their beers find their way into more such settings; it’s easier to set off for a picnic with a four-pack of cans than a couple of 750ml bottles, after all, and is a move that will help them on their mission to convince people that a can-conditioned, lower ABV saison can suit a multitude of moments.

The decision to call their business Sobremesa Fermentary & Blendery, with no mention of beer in the name, is a deliberate one too. The intention is to leave them open to exploring other passions in the future: natural wine, cider and fermented food. The hope is that, one day, all will be showcased under the one roof, alongside their barrels in their own taproom.

Good things tend to take time, and Sobremesa – whether we’re talking about the beers or the experiences that inspired them – are slow living proof.

The small, family-run Sobremesa scored the top beer at the 2022 Drink Easy Awards, finishing third overall in the competition that features all forms of drinks. Brick Lane, Mismatch and Molly Rose all made the best beer list too. Since launching in 2020, Sobremesa Fermentary & Blendery have released multiple beers that really feel destined to be shared outside but Soulflower puts the park in park beer. It was the brewery's first release in cans and after an initial release in March 2022, it became the brewery's first core range release later on in that year. So it's obviously one that stood out to beer maker and drinker alike and given its balance of complexity and drinkability, it's not hard to see why. Hopped with Saaz,… Read more
Pale Yellow In our wrap of The Best of Beer for Victoria, we did mention that Sobremesa had been pretty prolific in 2022. Obviously, they were eager to prove us right, with the fermentary and blendery releasing four in the final weeks of 2022. Bicycle Day is a traditional Berliner Weisse that’s been barrel-fermented with a blend of saccharomyces, Brettanomyces and lactobacillus. It’s not all that often you see a Berliner without an entire fruit and veg store added but crack this can and you’ll find a refreshing… Read more
Golden Yellow The Sobremesa Fermentary & Blendary team and the folk at Mr West might share a deep affinity for farmhouse and funky beers but both love a good pilsner too. Anomaly is a collaboration that borrows from those two corners, with the farmhouse pilsner funky but crisp and featuring Tettnang, Saaz and Hallertau Mittelfrüh hops. The beer initially spent eight weeks fermenting in a puncheon barrel with a blend of lager yeasts, before spending six weeks conditioning in cans at Sobremesa’s home only… Read more
Pale Yellow You can always trust Sobremesa Fermentary & Blendery to approach winter a little differently and High Tea is no exception. The beer was brewed as part of Carwyn Cellars’ Black Box, with the dark mild inspired by British pub ales and given a Sobremesa spin thanks to it being barrel-fermented with two strains of Brettanomyces, alongside an English ale yeast. Given Brettanomyces means "British yeast", surely plenty of dark milds have enjoyed a touch of Brett in years gone by and if… Read more
Black 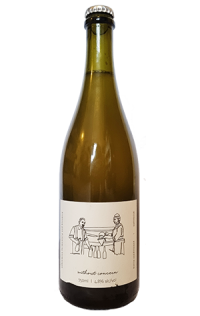 As common as sours seem to be in the modern craft landscape, it’s not often breweries release such beers without heavy fruit additions. That’s particularly true for anything labelled a gose or Berliner weisse, with brewers playing on the clean tartness of a kettle sour by bringing citrus or tropical fruits to the table. But Sobremesa Fermentary & Blendery tend to brew at their own pace and there's little about their gose Without Concern that compares it to shelves of kettle sour cans. The… Read more
Pale Yellow Coexistence might be freshly released in May 2022 but its history goes back some way. For one, it’s the second time Sobremesa Fermentary & Blendery have made it, although 2022’s iteration showcases different locally harvested produce compared with version one. Its story also goes back to their first release in 2020 too, with Coexistence using beer from a hogshead barrel that was filled with their first-ever release, Our Daily Brett, with that barrel now acting as a solera where a portion… Read more
Rich Brown 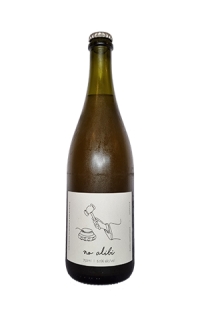 Given it’s called a farmhouse IPA, you could consider No Alibi to be a beer with its feet planted in two camps: one where hops shine and the other where Brettanomyces burns bright. But when you take into account the multitude of methods and diversity of ingredients that went into the beer, you realise this beer covers plenty of bases all at once and, better yet, brings them all together into one glass. To make it, the blenders used Australian ale and wheat malt from Ballarat’s House of Malt,… Read more
Golden Yellow

And directly from Sobremesa. 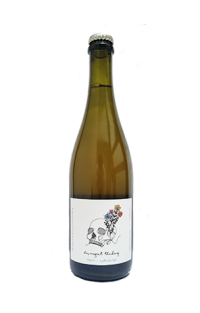 Much like the term itself, Sobremesa Fermentary & Blendery’s Divergent Thinking is a launching pad; a free-flowing, non-linear idea that allows creativity to shine. The barrel-aged saison features a mixture of beers aged on oak with the aim being to see how those different barrels and different Brett strains interact with different hops; there's a plan to revisit Divergent in future years. The first release, which came out right at the end of 2021, is a blend of two barrel-fermented saisons,… Read more
Pale Yellow

Available through Melbourne bottleshops and directly from Sobremesa. 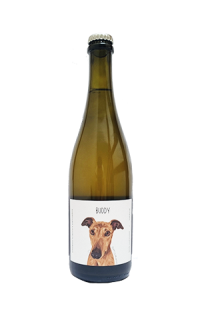 If you’ve spent any time with Casey Grieves and Hannah McErlane, the couple behind Sobremesa, you may well know there’s a third staff member behind the small fermentary and blendery. Buddy is their beloved rescue greyhound, who isn’t one to shy away from making sales calls. At the start of 2022, Buddy was given his own beer too, with 15 percent of sales of the beer used to raise money for the Melbourne-based charity Amazing Greys. Buddy’s beer is a barrel-fermented grisette, which went through… Read more
Pale Yellow

Available through Melbourne bottleshops and directly from Sobremesa. 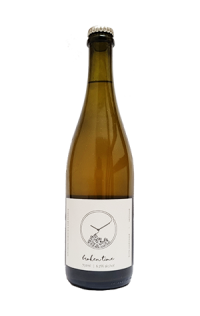 In jazz parlance, broken time refers to the style of playing where the beat isn’t explicitly stated, where the time follows an irregular, improvised path. It’s therefore the kind of term that could be fitting for a multitude of Sobremesa Fermentary & Blendery’s beers, but the one bearing that name, released late in 2021, is particularly special even by the Melbourne operation’s standards. Broken Time the beer is inspired by Belgium’s bitter beers - of which De Ranke is likely the first… Read more
Pale Yellow