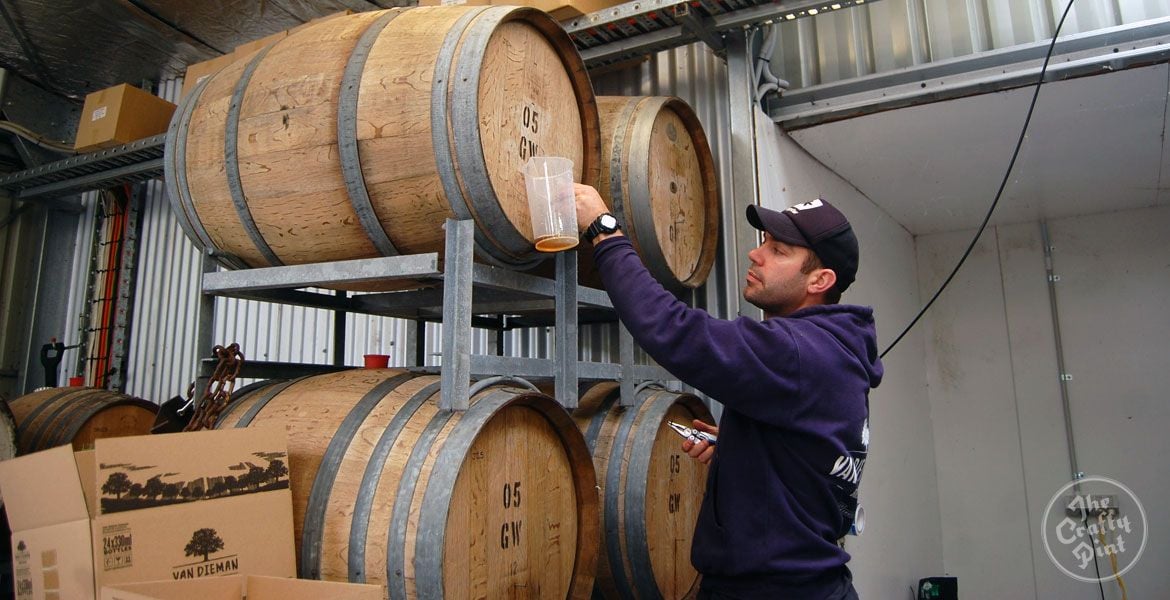 It’s a classic Tassie spring arvo out in White Hills. Sunshine contends with bouts of heavy rain, happy sheep dodder along bright green fields, and rainbows come and go every few minutes. I’m bouncing down a charming narrow country road to the home of Van Dieman Brewing, in the hawthorn-lined hills just outside Launceston, one of the most underrated parts of the island.

I’ve always wanted to visit Van Dieman, but it’s not easy. They have no cellar door, run no brewery tours, operate no on-site pub, host no family picnic days. This is a working farm, and there’s not only beer going on.

“We got rid of the cows this summer,” founder and brewer Will Tatchell tells me. “But we’ve still got the best part of 500 head of sheep.” Will’s family has been working this property for 21 years.

When I make my way to the end of its long gravel driveway, I find Will in a simple shed, wrestling with a misbehaving cork clamp. If all goes to plan, this will be employed on the 2016 Hedgerow release – an annual Van Dieman release that, for the past few years, has been a sour beer aged in oak barrels. This year's is a blend of three years worth of concoctions, each racked over hawthorn berries, rose hips and sloe berries; the sloes have come of age in this year’s release, thrusting tart notes into the midst of flavours of gingerbread and oak. The cork-and-cage look of the bottles will add a touch of class – and save the brewers from individually hand-wrapping them with fancy paper, as in years past.

The development of the Hedgerow brews – they began in 2012 – corresponds well with the changes in the Van Dieman ethos over the years. When Will first launched the brewery going eight years ago, it was one of the first craft breweries in Tasmania. Now, I am told, the island boasts the highest amount of breweries per capita of any state in the country.

“With the proliferation of breweries in the state, we felt a need to re-establish ourselves,” says Will. “We had to work out what our point of difference was.”

The difference, they decided, was that if they wanted to, they could source everything they needed on their property. So Will set about convincing his old man to set aside more of their 350 acre property for plantations of barley and hops. The botanicals used in the Hedgerow beers are all harvested from their White Hills farm. And now Van Dieman is aiming to brew beers that are entirely from and of their estate – everything in them will be grown, harvested, processed and brewed on-site.

Before going off to the UK to work at Milton and White Horse breweries, Will studied agricultural science, and he is visibly excited to have more of this in his work. He offers me a handful of their estate-grown malted barley to nibble on.

“There’s no perceptible difference in efficiency compared to mainstream malts,” he gushes. It’s currently malted elsewhere, but Will would like to have it malted it at the brewery soon.

It’s not just their own hops and barley that Will wants in the beer. The main reason for my visit to Van Dieman is actually to check out their coolship (or koelschip, the much prettier Flemish spelling) – an open shallow dish used by many traditional Belgian brewers to cool the unfermented wort overnight. With a larger surface area, the wort cools quickly; exposed to the air, wort is inoculated by the local microflora and spontaneous fermentation begins, creating a beer that has, as they say, a shitload of terroir.

After generations of use, most notably in Belgium by breweries such as Brasserie Cantillon, some in the US craft beer scene have enthusiastically adopted the simple vessel, with the likes of Allagash, Russian River and Jester King all getting on board the coolship. In Australia, La Sirène has brewed four times into its own this past Winter, with Van Dieman now joining them as one of the antipodean frontrunners; in New Zealand, Garage Project is installing one too.

Van Dieman brewed its first batch in the coolship in September, and 600 litres is now successfully fermenting away in French oak barrels on the property. Their vessel sits in a small cool room, with air ducted into it from outside to make sure the farmyard yeasts land in the liquid – “It helps when your brother-in-law is a sparkie,” says Will.

At 4pm, they poured the wort into it; 18 hours later it was in the barrels and, not long after that, it was fermenting "vigorously". Now, the coolship brew will be left to age for up to five years, with more blending planned.

Van Dieman ultimately plans to create more and more of its own lambic-style beers. The coolship – a relatively unglamorous piece of equipment in itself – may well become the symbol of Van Dieman’s self-sustaining agricultural model of brewing.

“A critical ingredient is time,” says Will. “We’d like to be sitting on beers for three, four, five years.”

You get the feeling that he’s not only talking about these specific beers, but about the brewery in general. There are a handful of wineries in Van Dieman’s neighbourhood, including the esteemed Josef Chromy vineyard, which acts at as the brewery’s cellar door in the area. There is obviously some camaraderie with the local grape-growers, and it could be that their way of doing things has had an effect on Will’s process.

“I think there’s a subconscious influence,” he says of the vineyards. If nothing else, Will shares with them an interest in longevity. Towards the end of my afternoon on the farm, we begin discussing the craft beer scene in Tasmania, and the temptation to open Van Dieman up to the public.

“It’s certainly not that we’ll never do it. But, right now, the estate ale is at the front of our mind. Our focus is on the beer,” he continues, “and that’s beer in liquid form, in the paddocks, on the vine...”

Before I leave, Will makes sure I have a look in his office. Under his desk is a baby sheep. Maybe more than the coolship vessel, this lamb – named Worker – is the best symbol of work and life at Van Dieman Brewing. 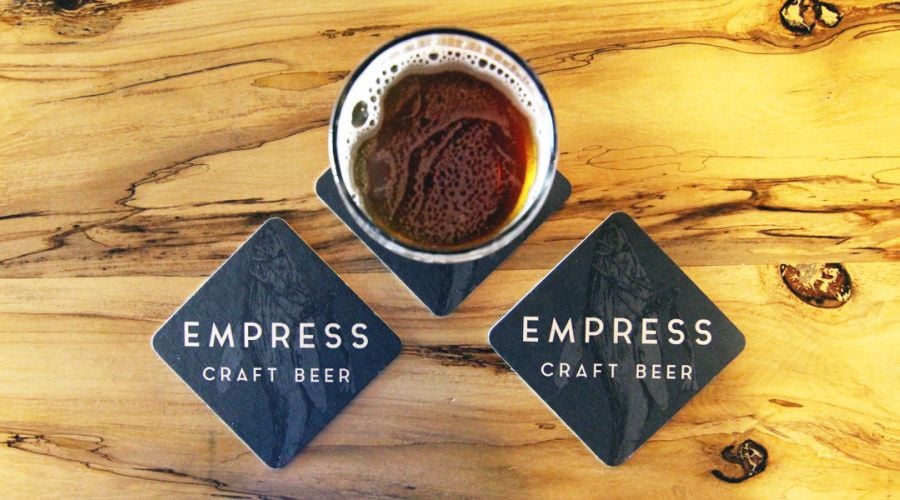 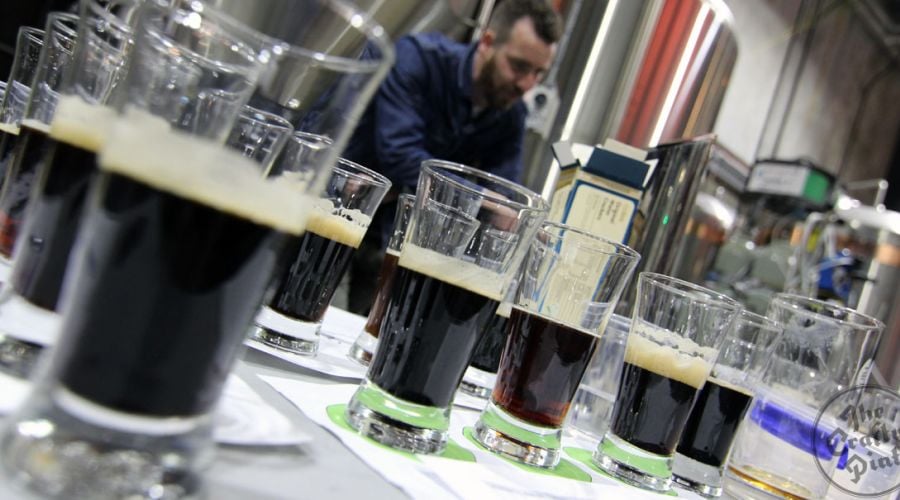 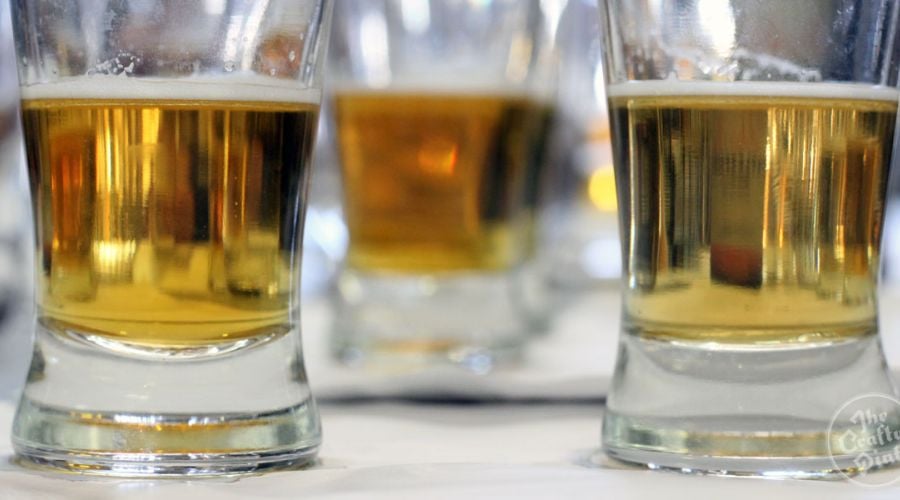