The end of the year is nigh and with it comes one final splurge of beer events across the country. Strangely, considering the time of year, there are few events of a particularly festive nature in the Crafty Calendar at present, but if all you want for Christmas is a new beer or a tap takeover, you're very much in luck.

The fun begins at Hotel Sweeney's, which is jamming in four guest stints in December: first up is Akasha, next is Hope Estate with 18 taps across the entire venue, then a big one from the UK's Wild Beer Co and ending with Tassie's Moo Brew. Then they've already got To Øl lined up for January too.

Carwyn Cellars is dedicating many of its taps to BrewDog for an entire month, while Amber Craft Beer turns its over to Bad Shepherd tomorrow as the brewpub's founder calls in for a chat.

Tonight, you'll find Hawkers at Beechworth's old boozer, Tanswell Hotel, for a six beer showcase. And, tomorrow, The Noble Hops is getting in on the action with a Knee Deep takeover (now put back a week to December 16 due to a delay with the shipment), as near neighbours at the Forest Lodge Hotel do a rare non-Rocks-based showcase of The Lord Nelson's beers while, across town in Randwick, The Sydney Brewery will be running free with 16 beers at The DOG, including a new one.

On the launch front, Co-Conspirators joins the fray of Victorian brewers, Tallboy and Moose has officially opened its doors to the wider public in Preston and Your Mates gets going with a two part launch for flagship pale Larry in Queensland. In Sydney, Nomad is adding a fourth canned beer in the shape of Rosie's Summer Punch – with the first 50 people through the door at the launch collecting a free tinnie – and, following their respective launches, there will still be Wolf of the Willows' Acidulous I and Newstead's Mod World IPA doing the rounds.

The Clare Valley Brewing Co gives its Sevenhill location an eponymous beer of its own, while back in the city it'll be tears from Big Shed and Mismatch as the latter stops brewing at the former's brewery in order to open its own joint; in the meantime, you can join both at Big Shed's third birthday and enjoy their last in-house collaboration, alongside plenty of favourites. Then there's a biggie being released to round out the year at Murray's as the 11th Anniversary Ale goes public on Boxing Day, as well as a mango Berliner Weisse.

If you want to catch you local brewer or fellow beer lovers one last time before 2017 rolls around, consider joining Black Hops as they host and feast at Bine Bar, relax with the team from Blackman's brewery as they put on the last of their laneway sessions for the year, join the Wayward crew for an Orphan's Christmas, or the St Kilda Local Taphouse team for its New Years Eve speakeasy.

And, looking ahead to 2017, there's plenty of festival action coming your way. There's double trouble in Tasmania with the long-running Esk BeerFest being joined by sister festival Hobart BeerFest for the first time the following weekend, while there are pre-Christmas discounts on offer for the South West Craft Beer Festival (for which we've got freebies for Crafty Cabal members).

The sixth Ballarat Beer Festival is fast approaching too. We've got discounted tickets for Cabal members and four of ten signup bonuses left at time of writing: become a Crafty Pint supporter and get a $69 Festival Essentials pass as a thanks. 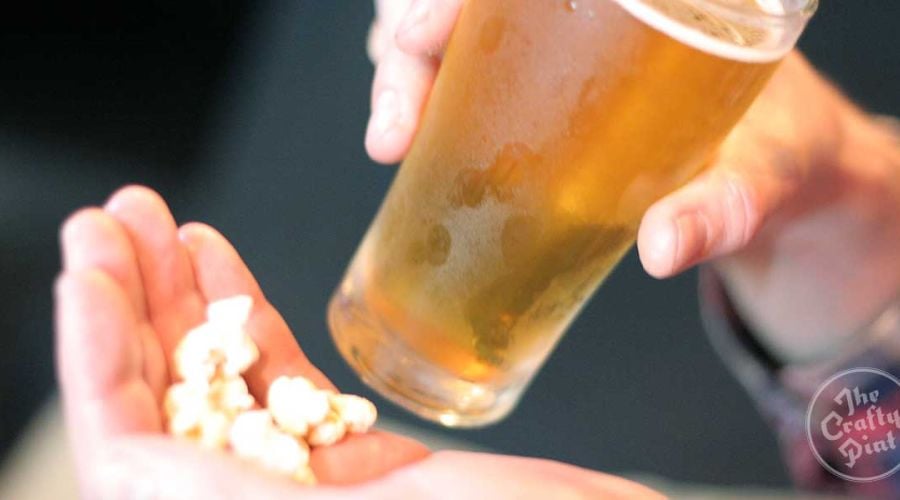