“You can see how it’s taking a massive mental toll and we’re not focusing on that. So, I want to help make sure they’re not stressed, particularly not stressed and not eating.”

With events cancelled for the foreseeable future, bars shut and breweries look to save money wherever they can, the scale of those in the beer and hospitality industries losing their jobs is terrifying and is set to keep climbing.

Deb Lieu and James Balboni are among those who have lost work as businesses close but, after finding themselves unemployed, they banded together to try to support others in the industry. Together, they launched a GoFundMe campaign on March 21 to raise money to help feed those who had lost their jobs; by the time of publication, this had already gone past $3,000.

Many will have enjoyed the beautifully-crafted and delicious cookies from Deb Lieu Bakes in the past, often brewed for special events or for beer businesses, while James has worked in both repping and bar roles in Melbourne. Deb (who we've featured on the site in the past) says both of them were keen to work out how they could support those around them given they suddenly had a little extra time on their hands.

“James was going stir crazy and put it out there that if anyone needed or wanted anything they should contact him,” Deb says. And so it began.

They'll spend much of next week creating support packs for those in hospitality who need them. What's more, since launching the campaign, suppliers have been quick to offer assistance too.

UPDATE MARCH 31: Due to increased restriction on social gatherings, the food packages will now be delivery via contact-free drop-offs from Thursday (April 2) to Saturday (April 4). To receive a delivery, please fill out this form to help the team plan their deliveries.

Deb says a lot of the donations have come from those she’s met in the beer world, but she’s keen to reach out to as many people as she can.

“Most of the donors are people I’ve had beers with and some beer workers,” Deb says. “I’ve put my phone number everywhere. I don’t care about my privacy, just get them to call me.”

If you're a food supplier and can help Deb and James on their mission, get in contact through their GoFundMe page. Head to that page for any further announcements too.

Articles by Will
#keepinglocalalive postcards from the edge deb lieu bakes 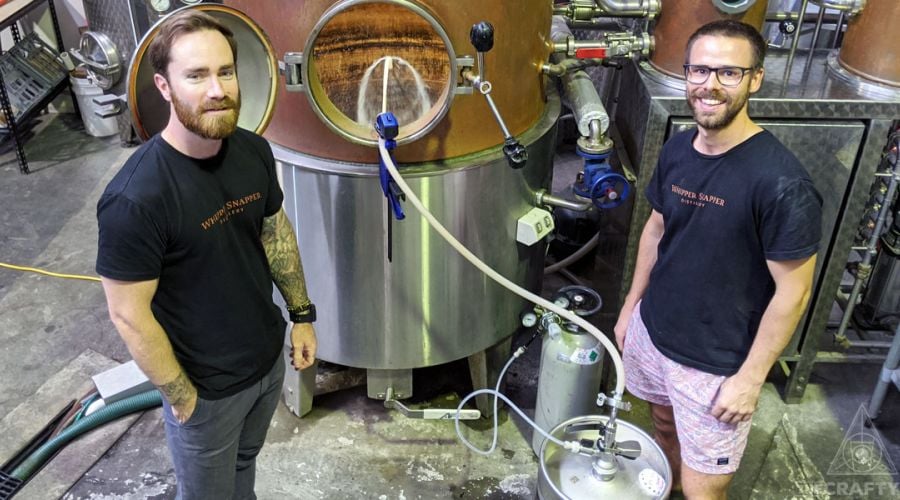