Tasmania, its many independent breweries and its people are more accustomed to isolation than most so it seems fitting the island state would become home to an Isolation Beer Festival. Responding to the rapidly-developing COVID-19 crisis, on April 4 and 5, Tasmania’s beer drinkers are being asked to grab a local beer and post images of them enjoying it with the hashtags #tasindiebeer and #keepinglocalalive.

The online beer festival is the work of Jon Burridge, from ingredients supplier Cryer Malt, and Van Diemen Brewing’s Will Tatchell, with the former explaining how it came about.

“The first one is that obviously during these tough times we want people to be buying Tassie independent beer,” Jon says. “Don’t go to the bottleshop and buy three cases of Heineken.

“The second part is that we want to still engage with our customers and if they can’t come to the beer then the beer needs to come to them.”

He says anyone keen to be part of the festival simply has to grab some takeaways from their local brewery, venue or bottleshop, either online or in person. And the silver lining, he says, is that Tasmania’s cold weather and rain won't be able put a dampener on the celebration.

“From the comfort of their own home people will be able to post a photo of them enjoying a beer while breweries will be posting content,” he says.

In total, 22 of Tasmania’s independent breweries are taking part in the weekend-long festivities, which will feature a diverse mix of events to connect with beer drinkers and help them connect with each other at this time when we need to remain apart.

“I’m expecting a couple of online virtual brewery tours, breweries doing shoutouts and giving people an update of what they're doing these tough times,” Jon says.

"Plus there will be tasting sessions, where a brewery grabs a beer out of their core range and goes through what makes that beer that beer."

To join up with the celebration, head to the festival's Facebook page. And when it rolls around, use the hashtags #tasindiebeer and #keepinglocalalive.

Photo at top of article by Van Dieman.

Articles by Will
postcards from the edge #keepinglocalalive tasmania 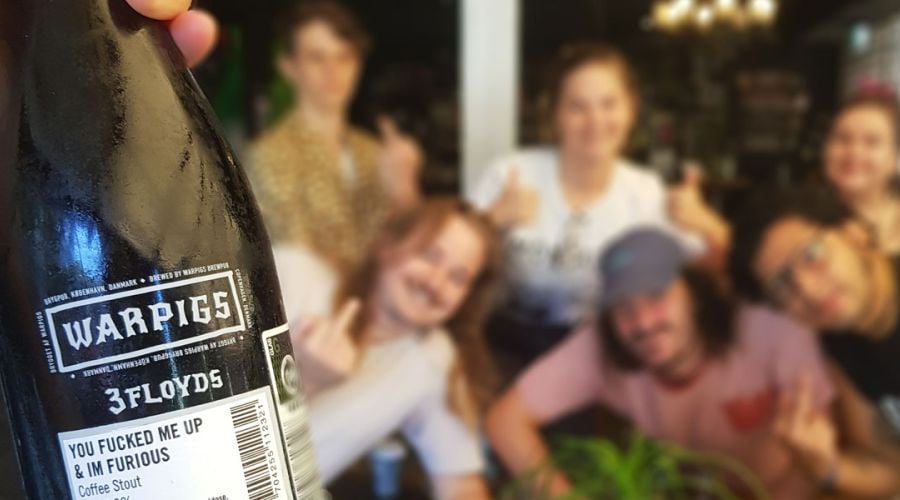