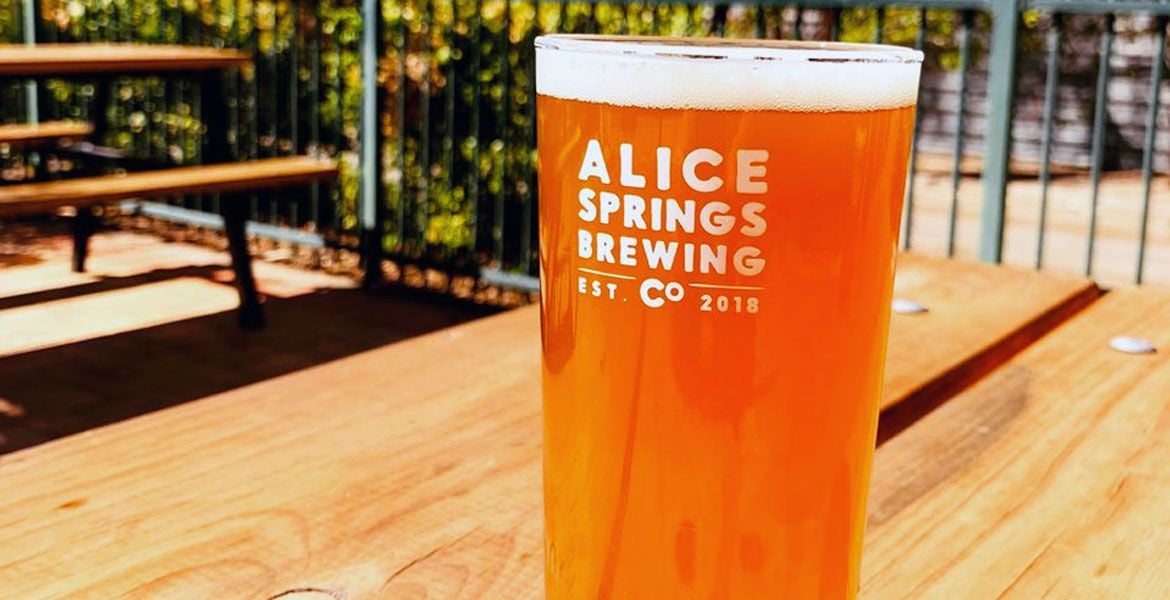 Victorians might be enjoying their first taste of a pint and parma at a pub in more than ten weeks but for folk in the Northern Territory they’ve been lucky enough to dine in since the middle of May. Tomorrow (June 5), restrictions in the NT are easing further meaning people will be able to order a beer from a bar without the need for it to come with food.

But, despite venues in Alice Springs and Darwin now having three full weekends of post-shutdown trade under their belts, Kyle Pearson from Alice Springs Brewing Co says it's been a slow start to what’s normally a very busy time of year.

“The reports still aren’t that great,” he says. “It’s pretty uncertain times and we just wanted to give something back and do something a bit positive.”

For the brewery, "giving something back" has seen them offer all venues in Central Australia a free keg or carton of their flagship Centralian Ale. The Centralian Care Package is designed to support local hospitality and tourism businesses who still face quiet months ahead.

“We should be in our tourism season right now and we’re not, and I don’t think we’re going to be any time soon,” Kyle says. “So, for us, it was just about what we can do, albeit pretty small, for other local hospitality venues.”

Currently non-essential travel into the Territory isn’t encouraged and, while the government has eased border restrictions slightly, travellers entering the Top End are still expected to isolate when they arrive for some time to come.

As well as from Alice Spring Brewing, Kyle also runs Monte’s Lounge, which he bought from the Territory’s long-time craft beer advocate Matt Mulga last year. And he says without an influx of tourists soon many venues will struggle to keep going.

“Some venues are doing OK but others really aren’t,” he says. “The government is talking two months here [until borders open] and I don’t know that a lot of places have two months to keep going on like this.”

The brewery only just managed to navigate the lockdown too.

“We just had to keep going and it got pretty dire for us at the brewery right towards reopening," Kyle says. "It was starting to get pretty grim.”

Like many other breweries, one way Alice Springs Brewing Co made it through the closures was through the sale of growlers, which typically can’t be sold in Central Australia due to restrictions on selling beer in larger formats. After scrambling to gain access to growlers, the two shipments he managed to get his hands on kept cash moving when it would have otherwise dried up.

“The first lot of growlers we sold out in two hours,” he says. “A hundred and something bottles in two hours, that kept us going for a bit. Those two lots of growlers are probably why we’re still here.”

Prior to COVID-19, bottles of Alice Spring beers tended to be an infrequent sight but Kyle says support from locals buying takeaway beer and pizza managed to keep them afloat even if such sales didn’t make up for losing the ability to serve beer in the taproom.

“It’s like riding an exercise bike, you just pedal and don’t go anywhere,” he says.

“We had heaps of local support and we kind of turned from a brewery that sold pizzas into a pizza shop that had a brewery in it.”

Nonetheless, he says the support from the local government via measures such as temporarily allowing growler sales helped. It's enabled his peers in the north, Beaver Brewing, One Mile and Purple Mango, to survive the strictest lockdown measures too, even though he says: “It’s not as easy to turn back on as it was to turn off.”

Now they're out the other side with the nation’s lowest number of coronavirus cases, and can look forward to 20C days throughout winter, Kyle says it's the perfect place to visit.

“To put my salesman hat on," he says. "Why would you want to be anywhere else?”

Articles by Will
#keepinglocalalive postcards from the edge alice springs nt 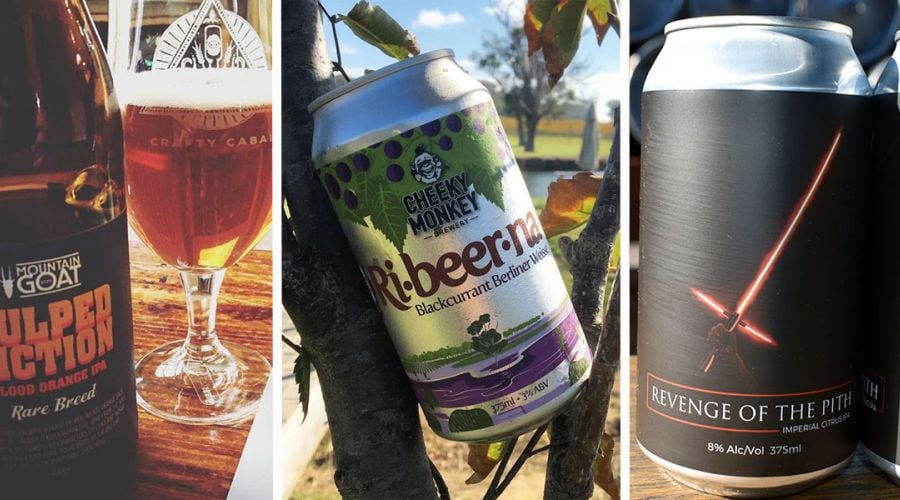 The Big Issue: Copyright Or Wrong?

Borrowing from pop culture is one way in which many breweries have fun with their beers and branding. But is there a danger of overstepping the mark? And what are the consequences for anyone that does? read on