As far as collaborations go it’s a big one: 22 Brisbane breweries banding together to brew one beer to encourage important discussions around mental health.

Led by Archer Brewing, all profits from sales of the Bright New England IPA – or BNE IPA – will be be donated to LIVIN, a Gold Coast-based charity focused on encouraging open discussion of mental health issues around their motto: “It Ain’t Weak To Speak”.

Archer co-founder Stuart Martin says they felt it was particularly important to raise awareness, given the ongoing impact COVID-19 has been having on the beer industry and the wider economy.

“It’s something I’m very passionate about personally because I’ve had my issues with mental health in the past,” he says.  “So, I thought it was a really appropriate thing to do anyway but, with COVID, we all know that everyone is struggling a little bit at the moment.”

As a small business owner himself, Stuart says many of his friends have been quick to approach him in recent months, keen to make sure their mate was OK. He says checking in with those closest to you is an important and simple way we can look after each other.

“I think with greater awareness, people become more comfortable with talking about things and that’s what we’re trying to achieve with this beer.”

The beer itself is a juicy IPA without the haze brewed at Sea Legs. It's also the third iteration of the collab originally brewed for Brewsvegas in 2018. The first two versions had closer to ten breweries involved, with the greater number of collaborators not the only change this year.

It’s the first version that’s been wet-hopped, making use of Brisbane’s own Hilltop Hops, who recently completed a second harvest for the year (you can read more about their unlikely endeavour here). The hop growers weren't the only supplier to jump at the chance to be involved, either: Ultra Labels, Orora, Craft Punks, Cryer Malt and Mauribrew all offered their time and products to maximise the money raised by the beer.

Stuart says the message of local collaboration is an especially important one at the moment and says he was overwhelmed by the number of companies eager to take part considering the strain the beer industry is under.

“As much as we’re all competition, we’re also all working together and we’re all friends,” he says. “We really want to have those hard conversations about mental health as well."

The importance of finding a way to support others when times are hard was driven home for Stuart recently; when catching up with his family in the UK he learnt of his niece’s decision to shave her head to raise money for the country’s National Health Service.

“That’s an amazing thing for an 11-year-old girl to do just before she goes to high school,” he says.

“That really shows that we should all take responsibility for giving and helping others around us that are doing it a bit tougher than we are.”

Each participating brewery is selling BNE IPA. They are:

Articles by Will
#keepinglocalalive postcards from the edge mental health 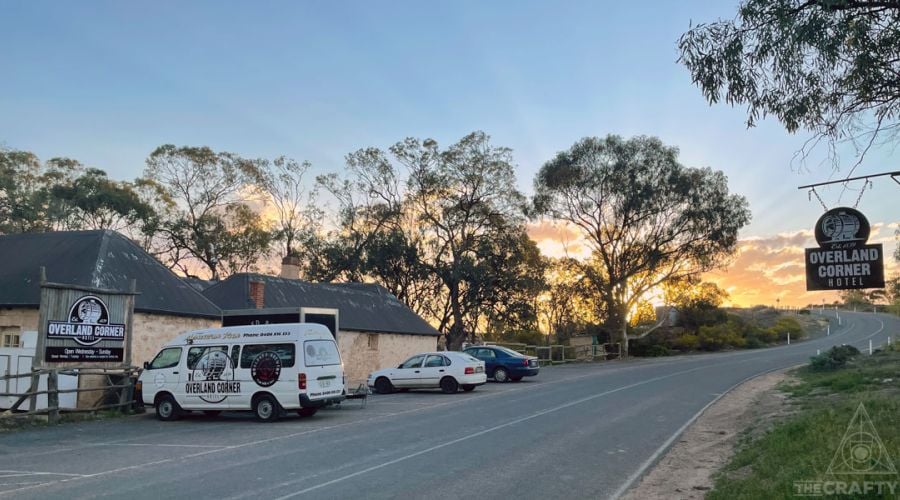 There have been many heartwarming and inspirational tales to come from the beer world during the pandemic, but few as colourful as this. Here's how a Sydney family went from hitting the road to a houseboat to an historic pub. read on