Pivot: it’s a word used so often during this pandemic that when this is all over it’s probably one that should be struck from all dictionaries. But the shift online by many breweries, venues, bottleshops and, let's face it, pretty much all other businesses during the spread of COVID-19, is one pivot that looks set let to outlast this year.

Making that pivot effectively and ensuring their online experience feels as close as possible to the experience at their bar has been the focus for the team at Bendigo's award-winning craft beer pub The Cambrian Hotel. Two of the pub's team members, Adam Carswell and Natasha Thompson, have been virtually attending the COVID Industry Response Program, which is aimed at helping small and medium businesses better build their online skills.

The program is a partnership between La Trobe University and Investible – an early-stage investment firm that specialises in entrepreneurial and business development. The Cambrian aren't the only local beer business involved either, with people from Shepparton Brewery among Adam's classmates. Adam, who owns the pub with brother Andrew, says taking part hasn't just been valuable but a welcome distraction too after they finished renovations on the pub.

“After the initial shock in late March of having to close, we really set our sights on improving the pub as much as we could,” Adam says. “Starting off with a bunch of small repairs and decluttering in general. A lot of minor tasks that eventually added up to plenty.”

“I have to say, the information sharing and general encouragement within these groups has been absolutely phenomenal. The hospitality industry in Victoria and also Bendigo have really stepped up in support of each other in many meaningful ways,” Adam says.

After seeing a post shared in one of those groups, he applied for the course straight away, as too did a hundred other businesses, with 20 ultimately chosen to take part. Adam says the program hasn’t just provided him with ways to better bring The Cambrian online but has helped them in defining what they are while taking a step back and looking at their business from a distance.

“When you’re knee deep in the daily operations of running a pub, you don’t have the time or energy to properly consider these things,” Adam says.

“It’s really forced us to delve deeply into our motivations for being in the industry, to define our business model, identify our unique selling points and think about how we deliver our product.”

Investible’s Head of Programs and Partnerships, Elisa-Marie Dumas (pictured below), says even for businesses built primarily on bringing people into a physical space, it's essential to know how to connect with your customers wherever they are.

“Their brand, and the experience and the people behind it, are what attracts someone into the physical space,” Elisa-Marie says.

“The opportunity – and what COVID really triggered for them – was to continue to get better at how they connect with their customers in online channels and continue that brand loyalty.”

Elisa-Marie says most of us want to connect with the businesses we love in multiple ways and businesses need to make sure the connection between physical and online presence are seamless. And, while COVID is keeping us at home, the pandemic has accelerated many trends that were already gathering pace.

“Before COVIID, we were already heading into a retail recession where everyone was struggling for foot traffic," she says.

Nonetheless, Elisa-Marie says a core focus has been helping businesses survive at the moment and then thrive into the future.

“What all of the businesses have gained is a lot of feedback and they’ve got a lot of lightbulb moments from their customers.”

For Adam, he says one thing that has really come to the fore for them is their commitment to the local, independent beer industry.

“It’s also been an exercise in self-realisation, we’ve really been forced to think seriously about what we’re passionate about, what drives us,” he says.

“We’ve been encouraged to really double down on our commitment to craft beer, our local community and our inclusiveness. These are things we’re genuinely passionate about, so it hasn’t been hard."

More broadly, the course has offered tips and ways to better connect with their community as well as finding more customers. That said, while The Cambrian might look a little different post COVID, like all hospo businesses, Adam says those who loved the pub before will find it as welcoming as ever.

Elisa-Marie says it's also passion that drives successful businesses and that this is something both hospitality and retail business owners have in spades.

“I think a lot of tech co-founders could learn a lot from this sector by sheer demonstration," she says, "because they are the definition of grit, resilience and hustle because they’ve been slogging it for so long.” 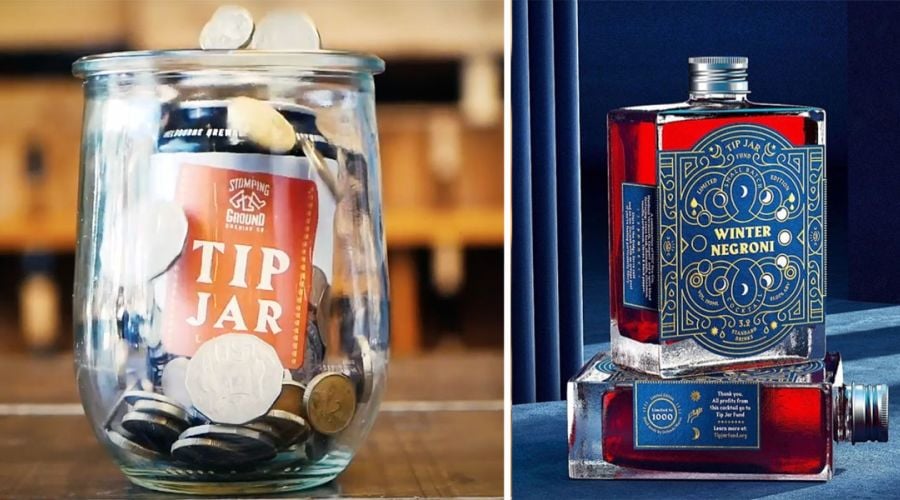