At the start of Dry July, we took a look at the growing number of alcohol-free beers on the market. Three months later, and on the first day of Ocsober, anyone looking to abstain from alcohol while still enjoying a boozey beverage-like experience has even more options to pick from.

It's not just the world of beer where the number of producers of alcohol-free varieties is on the rise either. Indeed, there's such an array available that there's now an online bottleshop dedicated to this fast-growing sector of the food and drinks world.

Craftzero launched this week and is focused on what founders Sherif Goubran and Marc Naggar call “mindful drinking”. The store aims to be a one-stop-shop for a wide range of non-alcoholic beers, spirits and wines while also championing drinks that have low or no sugar, low carbs, are gluten free or vegan friendly.

Both Sherif and Marc have worked as alcohol distributors and the former says they've watched the growth of non-alcoholic drinks with interest and, given the growing number of producers both in Australia and overseas, felt it was time to create a marketplace dedicated to drinkers. Or, rather, non-drinkers.

What's more, working in the booze industry can involve a lot of time drinking and sampling but, as someone who tends to shy away from alcohol, Sherif says he'd become increasingly impressed by the quality of zero alcohol alternatives (which tend to sit at or below 0.5 percent ABV) now on the market. It means he can still head out to dinner with mates or attend lunchtime work meetings and be as much a part of the social experience while enjoying a drink that’s a little more adult than a glass of coke with slice of lemon.

“For me it was a no-brainer once I discovered the products and the quality,” he says. “Five or six years ago there was hardly anything but now there’s so many small breweries and small batch distilleries who are making some amazing stuff. So, it’s changed things completely.”

He says there’s a wide range of people they’re keen to reach, whether it’s those like him who tend not to drink, someone who’s never consumed alcohol, or those looking to moderate their drinking like his business partner.

“He falls under the mindful drinking category,” Sherif says. “Where he does drink alcohol, but he’s cut down dramatically.”

And, while Australians are drinking less for a range of lifestyle reasons, Sherif says one of the most exciting parts of the alcohol-free movement – and what’s in part driving growth – is the quality and diversity of producers. Craftzero includes a list of styles that would have impressed many in a regular bottleshop a few years ago: lagers, XPAs, stouts, wheat beers, sours and IPAs all feature.

“It’s the quality of the product,” he says. “Now a lot of the craft breweries are coming out with amazing brews and it’s brought a lot of people on board.”

Largely, that growth has been in the last six to twelve months across different drinks categories, he says, whether in beer, spirits or wines, and some of that growth, has been little short of phenomenal. The Australian Financial Review has reported that Australian-based non-alcoholic spirit maker Lyres Spirit Co only launched last year yet can be found on shelves in Hong Kong and the UK, and raised $16 million in funding just last week.

And, while Craftzero stocks plenty of products from Europe and America, the hope is one day they’ll be showcasing brewing companies like the Indigenous Australian-owned Sobah, Heaps Normal or UpFlow to the rest of the world.

“We bring in a lot from the UK and US but, as we grow, we’d like to bring Australian products to the US and Europe.”

One beer they might end up showcasing is Holgate’s Love All, with the Victorian brewery the latest to join the growing band of non-alcoholic beer makers.

Co-founder Paul Holgate says they started working on the beer late last year, with the name inspired by his love of tennis, and the feeling that a non-alcoholic beer was exactly what you might need during a midweek social competition or post-match meal. Considering the way 2020 has been, Love All was also named in the hope it might encourage a spot of goodwill.

“This may sound a bit trite, but it’s truly been a very, very difficult period for us and obviously millions around the world,” Paul says.

“It also works well when you think about wanting to 'love all' the parts of your life. A few beers with friends and waking up and doing things the next day. A lot of people want to be active but not give up their social life. So, we think Love All is a good fit for those people.”

As for the decision to enter the alcohol-free market, he says it was sparked by observing a wider move towards wellness and the popularity of FebFast, Dry July and Ocsober.

"We also saw it as a challenge," he says, "because many of the ones we tasted back then, including some crafty imports, were sweet and worty and we wanted to create something that tasted like a real beer – dry and with some great hop character."

It's a decision that, along with those of many others, means those embarking upon Ocsober today might be giving up alcohol but they don't have to give up getting on the beers.

As part of Ocsober, Craftzero are donating $1 for every order to Reachout to help support young Australians affected by drug and alcohol abuse. 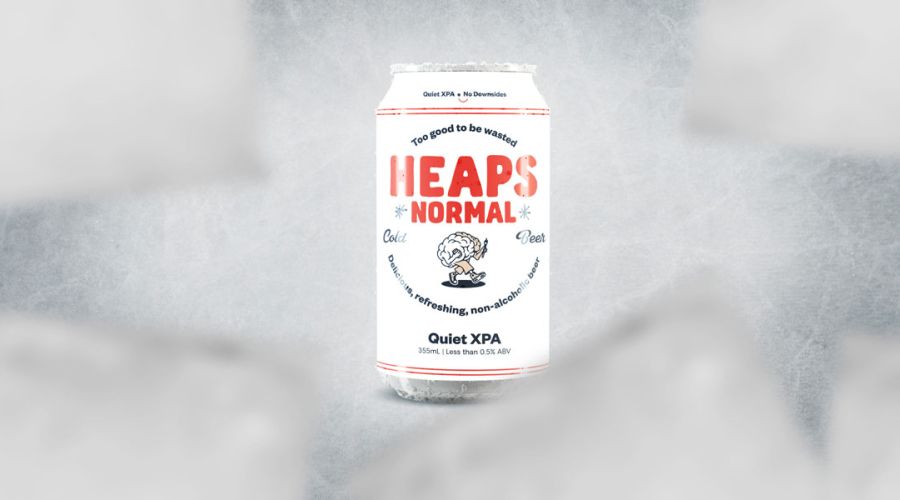 There's a multitude of reasons why people seek out alcohol-free beers and the good news is that the choice has never been broader. Ahead of Dry July, we caught up with some of the people behind the more interesting non-alc beers. read on