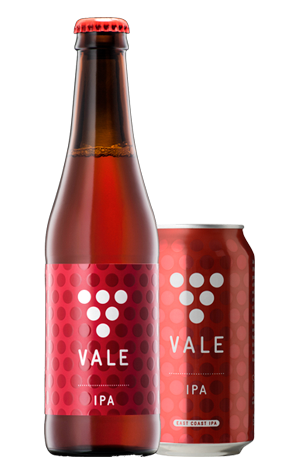 Then the IPA first appeared, it represented quite a radical departure from what had come before under the Vale banner. Packing a powerful hop aroma that hits you well before the glass reaches your lips, its use of three big hop varieties - Australian Galaxy, NZ Nelson Sauvin and American Citra - gives the beer heaps of tropical, citrusy, passionfruit and piney notes.

There are some caramel malt flavours in there, but they're really a bit part player brought along to give the hops a leg up. Surprisingly, given how pungent it is, any bitterness is minimal, making it a highly approachable introduction to the world of hoppier beers.