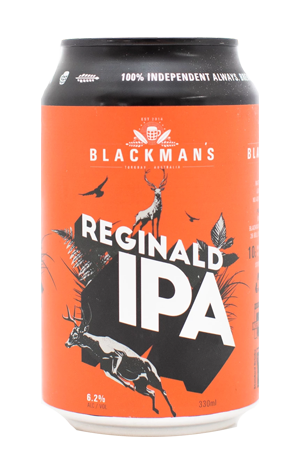 The beer that Renn hopes his brewery will become known for is far and away the biggest hitter in the brewery's core range. A West Coast US IPA reinvented for the Surf Coast, it does just what you'd expect, with citrus, pine and stone fruit aromas leaping from its rusty amber body.

A full, soft malt backbone ensures they don't do much in the way of damage to your bitterness sensors in a beer that has gone on to fulfil Renn's hopes and become something of a flagship for the brewery. It's also spawned a big brother too, in the shape of the not-quite-regular-but-around-a-fair-bit Angry Reg.