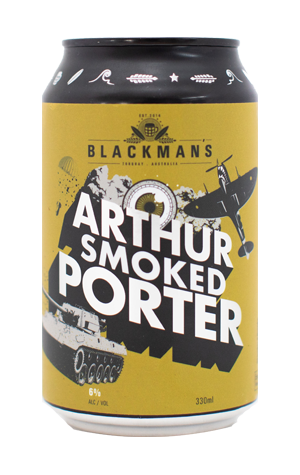 The beer that ticks the box marked "dark beer" in the Blackman's core range is another, like the Reginald IPA, that pulls no punches. It's a porter with all the trimmings, weighing in at a not insignificant 6.3 percent ABV and featuring smoked malt from Germany's home of the rauchbier Bamberg.

The outcome is a deeply black and weighty beer with a touch of that unique sweet smoke aroma sitting atop layers of chocolate, burnt caramel and nuttiness.

Come and say hello to the team at Blackman's in Torquay where we brew award-winning beers just a short walk from the beach. For Cabal members, we're offering you two tasting paddles for the price of one. Show me more