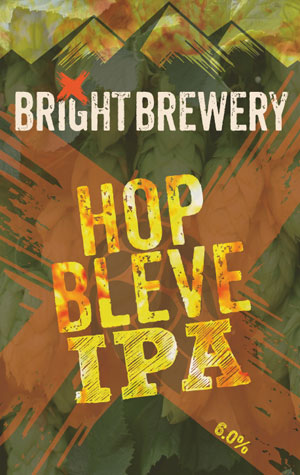 Living in the Victorian High Country has its advantages – lots of them. It's a beautiful part of the world, there's a full four seasons of cool stuff to do, particularly if you're of an active bent, there's a bunch of breweries, wineries and other local producers and, of course, it's one of Australia's key hop growing regions. It's the last of these that's now celebrated each March with the High Country Hop festival, launched in 2015 by Bridge Road Brewers and attended by all of the region's small breweries.

To mark the second festival, Bridge Road's near neighbours Bright have cooked up a hoppy, hoppy beer going by the name Hop BLEVE – Boiling Liquid Expanding Vapour Explosion, apparently, and pronounced "Blev-eee". It's a keg only release featuring no less than eight hop varieties, including Aussies Ella, Summer and Enigma and some Americans too, and we're told is designed to be an "easy-drinking hop bomb" – a hoppy beer to "suit the High Country lifestyle".

It's on at Bright's brewery and the festival first then heading elsewhere afterwards. B-LEVE!