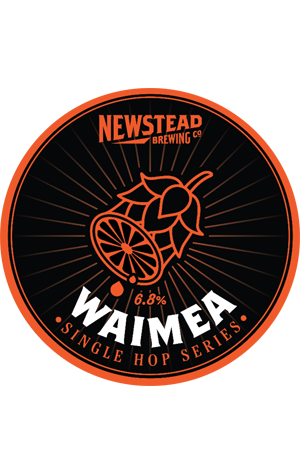 Created for Archive's annual Armakeggon event, this is a showcase for relatively new Kiwi hop Waimea. First released in 2012, it's been used here to create an American style IPA with hops – both whole cones and pellets – added in the boil, in Newstead's hopback and then in the fermenter too, in rather sizeable quantities.

The brewer's notes tell us that the result is a a beer in which "citrus, mandarin, lemon, pine and spice are all abundant and really showcase what this hop is all about." It is also, they reckon: "one dimension of awesome."