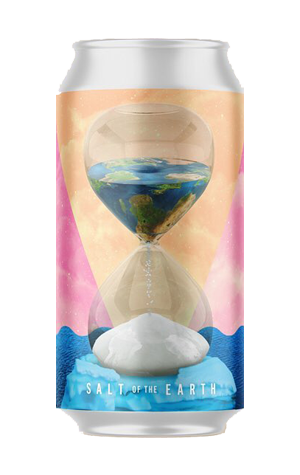 We all need to eat more vegies. We know that. So putting veggies in our beer makes as much sense as anything else. But this isn’t the primary reason Newstead joined up with Loop Growers; the brewery has jumped on board with the small farm’s sustainable ethos of closed loop farming. They send spent grain and food scraps to the farm to be used as compost and they purchase produce for use in their venues - and, sometimes, their beers.

Salt of the Earth Pickled Pilsner is the fourth beer Newstead have made in partnership with Loop Growers; previously, they’ve brought in beetroot, lemongrass and fennel from the farmers to include in beers. For this beer, Newstead obtained cucumbers from Loop and pickled them in-house using endogenous lactobacillus. They also made the beer using desalinated water from SEQ Water - another sustainable move - and re-salinated it to give a briny touch to the brew.

If it sounds overwhelming, don't worry - it's far from it. The pilsner smells pickly, but in the mouth comes through quite clean, with a cucumberry edge that boosts the refreshment two-fold. The fresh, salad-y vibe allows sweet malt character to creep in as you drink. If ever there was a beer made to be eaten with a burger, this is it.