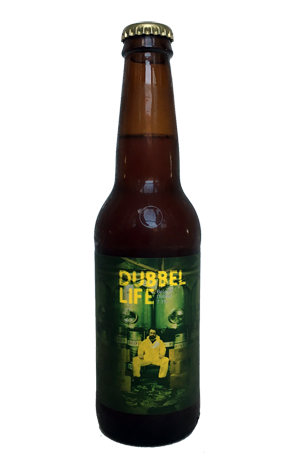 It's hard not to think: "Uh oh, this could spell trouble" when first spying Red Hill's latest one-off release. The label features a shot of Walter White from Breaking Bad in his overalls front and centre, the sort of move that should catch the eye of the show's fans but perhaps also the people responsible for protecting its copyright. Except, look a little closer, and all is not what it seems. Sure, there's a man with glasses and a beard in yellow overalls in front of a stack of steel tanks, but it's actually Ajay, Red Hill's head brewer, sat inside the brewery acting out the pun of the beer's title...

The beer itself – one that continues Red Hill's fondness for Belgian style ales – was originally brewed for Belgian Beer Café Melbourne's Belgian National Day event that saw seven local breweries create new beers. As the name suggests, it's a dubbel, one brewed with all Belgian malts and house made candi sugar (the rock cooked up by scientist Ajay that's the link to Walter White's activities). And it's a straightforward take on the style too: crème brûlée, dried dark fruit, toffee and a hint of banana make up the aroma, it's pretty light on the palate for its 7.1 percent ABV, there's a little toasty dryness at the end, a gentle warmth that builds over time and, unless you attempt a case on your own, makes for a far more sensible choice of recreation than crystal meth – blue or otherwise.