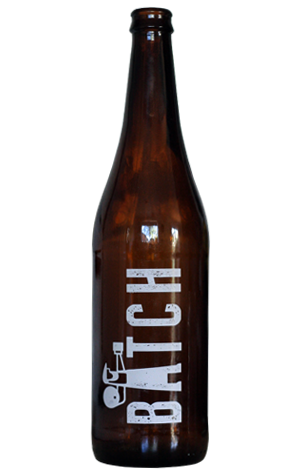 Despite being the most consumed beer style in Australia by some margin, lagers tend to have a bit of a tough time of it in the craft beer world. You'd have to suggest that’s mainly an effect of generations of drinkers having been weaned on the mass market stuff, growing up and wanting to run as far from those kinds of beers as possible. This is the kind of lager that should pull a few hardcore beer drinkers back the other way.

Just Beer is a double entendre in that it is an unabashedly simple beer – just couple of malts and a sprinkle of Aussie hops - but also one that represents a just cause. The righteousness comes because the malt is grown by Voyager, the small artisan malt producer from the New South Wales Riverina, before being used by a small brewery in Marrickville to create a truly local beer with enough mass appeal to carry the message of independent business to the people. You can apply every lager cliche you want to this – clean, crisp, easy drinking – but that doesn't change what this beer embodies. Is it just beer? Yes. Is it simple? Yes. Is it boring? No.