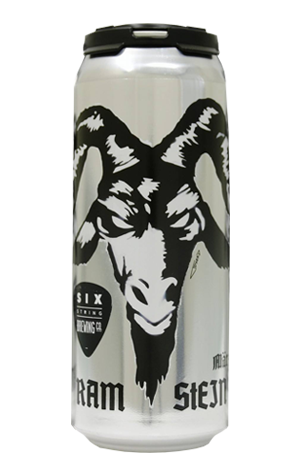 In the lead-up to Oktoberfest, it’s fair to say a lot of places will preparing to encourage their guests to raise a glass of pale lager into the air while whumping and thumping on tables to the merry sound of an oompah band. Not Six String. As is their style, the Central Coast rockers will instead be revelling in something darker, harder and louder – namely metal music and a healthy serving of Ram Stein.

Their annual Oktoberfest / Märzen beer has been released in its 2017 incarnation, in both keg form and a striking new half litre tinnie. If you tried last year’s offering, expect more of the same: an amber coloured lager that leans heavily on the Vienna and Munich malts to form a beer that’s rich, sweet and toasty while also retaining a cleanliness and dryness – not so much bitter as it “Noch ein Bier, bitte".