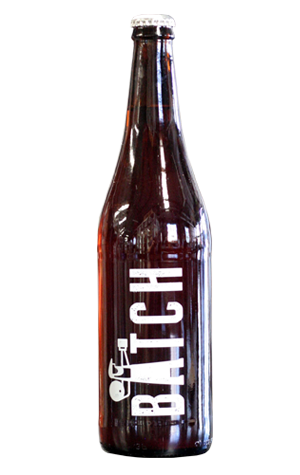 In time for spring, Batch has brought a couple of saisons to the table. The first is, somewhat ironically, the Summer Farmhouse, a pale, light and lively little wee number that harks back to the original intention of the style: to be a quencher at the end of a long hard day toiling in the farms and fields of France and Belgium. It’s a very clean beer with a soft yeast character that wakes up and rises forth as you let the beer warm – though don’t let it warm too much; this is meant as a refreshing beer less for contemplating than it is for simply enjoying.

Then there’s the Zonnebeke, an India saison, or hoppy saison. The yeast plays a critical role here, beginning with a lovely bubblegum character on the nose and a genuinely intriguing effect on the palate. It’s a hard one to pin down precisely, but something in the area of pepper and clove is a reasonable guide to begin with; the brewers reckon it’s an “expressive yeast” and that’s hard to argue. With American hops Citra, Chinook and Centennial used, there’s a decent nibble of bitterness waiting for you beneath the yeasty characters which also to create a very dry and crisp finish. Sometimes calling something “interesting” is a veiled way of saying it’s bad. As applied to this beer “interesting” means it really is interesting.