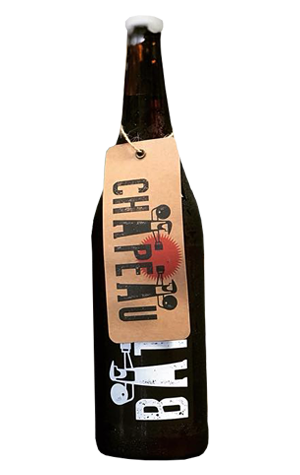 It’s Christmas, it’s berry season and that means it’s time to once again say hello to Chapeau. 2017 represents the fourth release of Batch’s annual raspberry sour ale and perhaps the most notable change from last year’s edition comes down to origin. In keeping with their aim of sourcing as many of their beer ingredients as possible from small and independent producers, this year the brewers managed to get their raspberries from a small scale farmer in Tasmania.

The finish product is a kettle soured ale, which lends the beer its characteristic tartness, while the raspberries have been blended to bring a resplendent red colour and a fresh, fragrant and frankly rampant berry aroma and flavour. Some parts sweet, some parts puckering and brilliant on the eye, pop one of these on your Christmas table for some instant cheer and flair.

And good beer outlets across Sydney