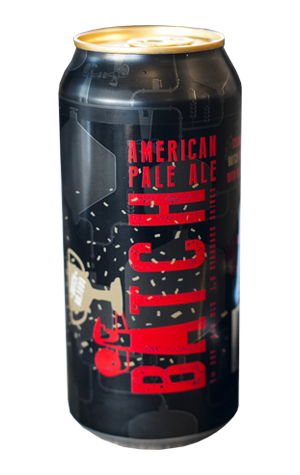 One hot October day in 2013, Chris Sidwa and Andrew Fineran rolled a brewhouse into a sparsely filled warehouse on Marrickville’s Sydenham Road. It took a few weeks to hook it all up and get going but, by December, they’d got the thing working. Their first beer was an American Pale Ale, which made sense: they were Americans, so they brewed an American style beer. They hand bottled it, then hand stamped it with the name of their new business: Batch Brewing Company.

Some four and a half years later, their brewery has become part of the fabric. They can count amongst their alumni a disproportionately large number of key people in the Sydney beer scene. As a business, they were early and committed supporters of local growers and suppliers. As brewers they have been incredibly prolific, releasing literally hundreds of different beers. And this week they hit a milestone with the release of their one thousandth batch of beer. Serendipitously, the brewing schedule indicated the milestone beer would be the APA – that first beer they ever brewed and the only one to have been made without pause over all those years. They just made sure to keep it that way.

But a beer with a nice round number like that had to be a little different, a little bit special. They took the original recipe and gave it a few tweaks to bring it in line with the brewery’s evolved disposition towards supporting all things local. So, instead of the regular US Cascade hops they’ve used Australian Cascade and Vic Secret. They have, of course, used malts from their regular collaborators at Voyager malts. And they’ve given it some bling, with the can adorned with a gold halo. So far, so simple, but the result is quite striking.

Taken side by side, the original APA and the 1000th Batch are markedly different, with the Aussie hops of APA1K lifting it to far fruitier heights in terms of flavour and an aroma that positively lurches out at you. In comparison, Batch 1000 makes the original seem quite subdued. But does that make it a better beer? Not necessarily – it really depends on your personal preference. If you’ve been drinking the APA solidly for a few years you might not like the change. On the flip side, if you’ve not tried the APA for a few years it might just be the change you didn’t know you wanted. Perhaps it’s even the beer the brewery didn’t know it needed.

Either way, if you were to try and package up everything that Batch has come to represent, an American Pale Ale made with Australian ingredients seems the ideal choice. After all, it’s a beer that gets to the heart of the Batch story: Americans becoming Aussies.