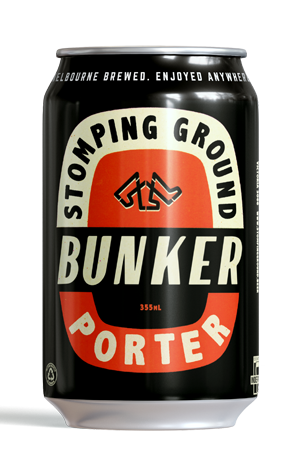 The crew behind Stomping Ground has always seen the brewpub as a continuation or renaissance of its home 'burb's brewing traditions and, with the Bunker Porter – so named due to a legend there's a wartime bunker below their Collingwood home, there's a visual nod to beers of the past too.

On the outside, it looks like a beer that could have come from a local brewery decades ago – or, indeed, one from the UK – and what's inside the cans doesn't deviate from tradition either. Utterly impenetrable in the glass (like a well constructed wartime bunker, then), it possesses a full, soft and fluffy cloud like body that serves up dark chocolate, nuts, a touch of treacle but mostly chocolate, lots of it. That said, there's a leathery dryness that helps keep the sweetness in check.