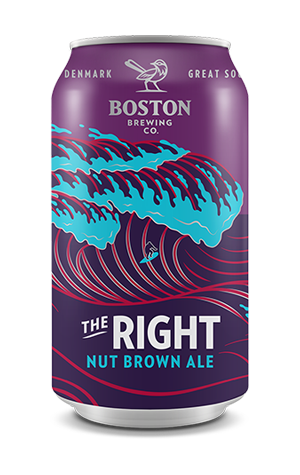 The first of back-to-back packaging trophies for Boston Brewing Co at the annual Perth Royal Beer Awards went to The Right, a nut brown ale featuring the local Denmark surf break after which it's named. It's a dramatic illustration, given the ratio of teeny surfer to huge wave yet what's inside is of a rather more genteel nature.

Sure, this is a brown ale that's close to 6 percent ABV and is tagged an American style brown ale, yet, rather than the big hitting hop aromatics you might expect of such a beer, The Right deals in old school subtleties. It's a little bit nutty, there's a little dusty cocoa, some toffee, a touch of fruity hop character and a toasted, drying bitter finish, suggesting a brown ale with one foot in the pubs of Northern England.

As for its run at Perth, it followed the trophy for packaging with the Best Dark Ale gong in 2018. Just swell.